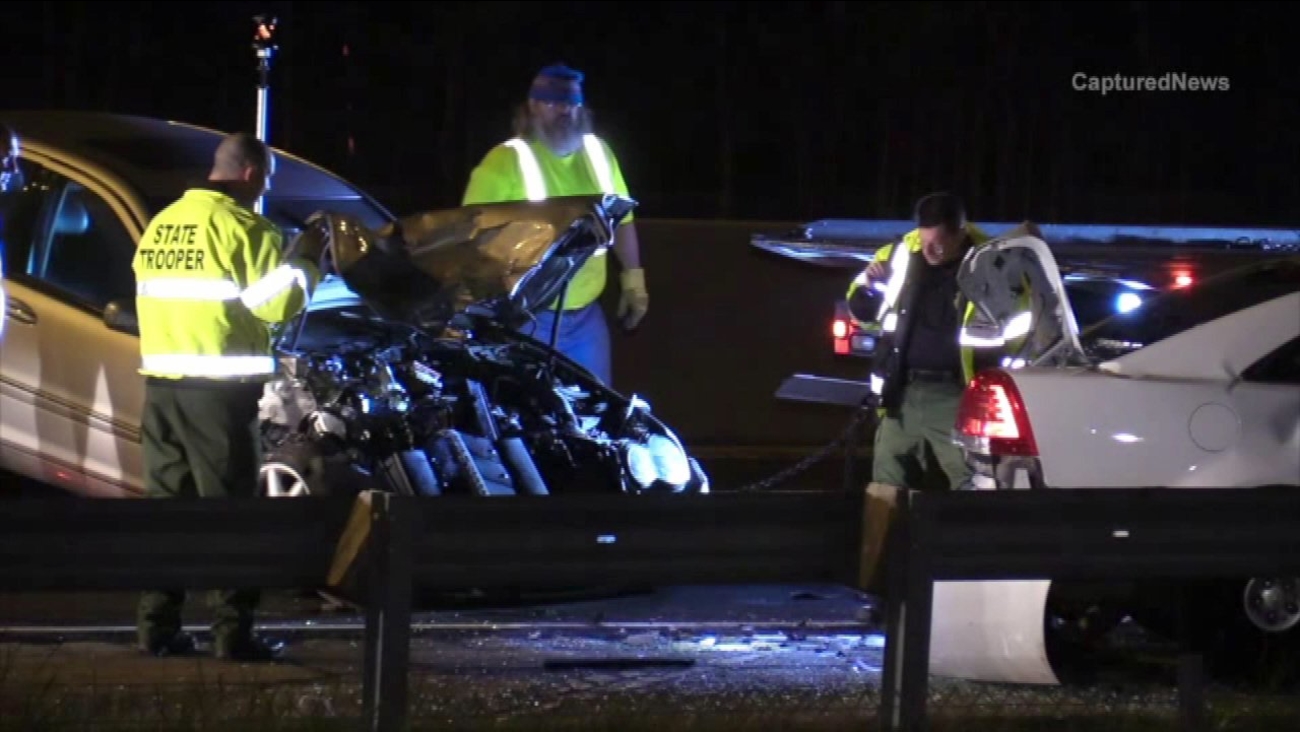 ROMEOVILLE, Ill. (WLS) -- An Illinois state trooper was injured after a suspected DUI driver crashed into two squad cars on the inbound I-55 just north of Weber Road in southwest suburban Romeoville.

Illinois State Police said two troopers were conducting a traffic stop on the right shoulder around 12:20 a.m. Friday when a vehicle crashed into one of their squad cars.

That car struck one of the troopers. State police said he suffered "significant" injuries, but they were not life-threatening. He was rushed in serious condition to Good Samaritan Hospital in Downers Grove, where his condition stabilized.

The other trooper and the driver they had stopped were not hurt.

The alleged drunk driver was held at the scene, arrested and charged in the crash. State police did not released information about the suspect.

Traffic was diverted at Weber until around 4:50 a.m.