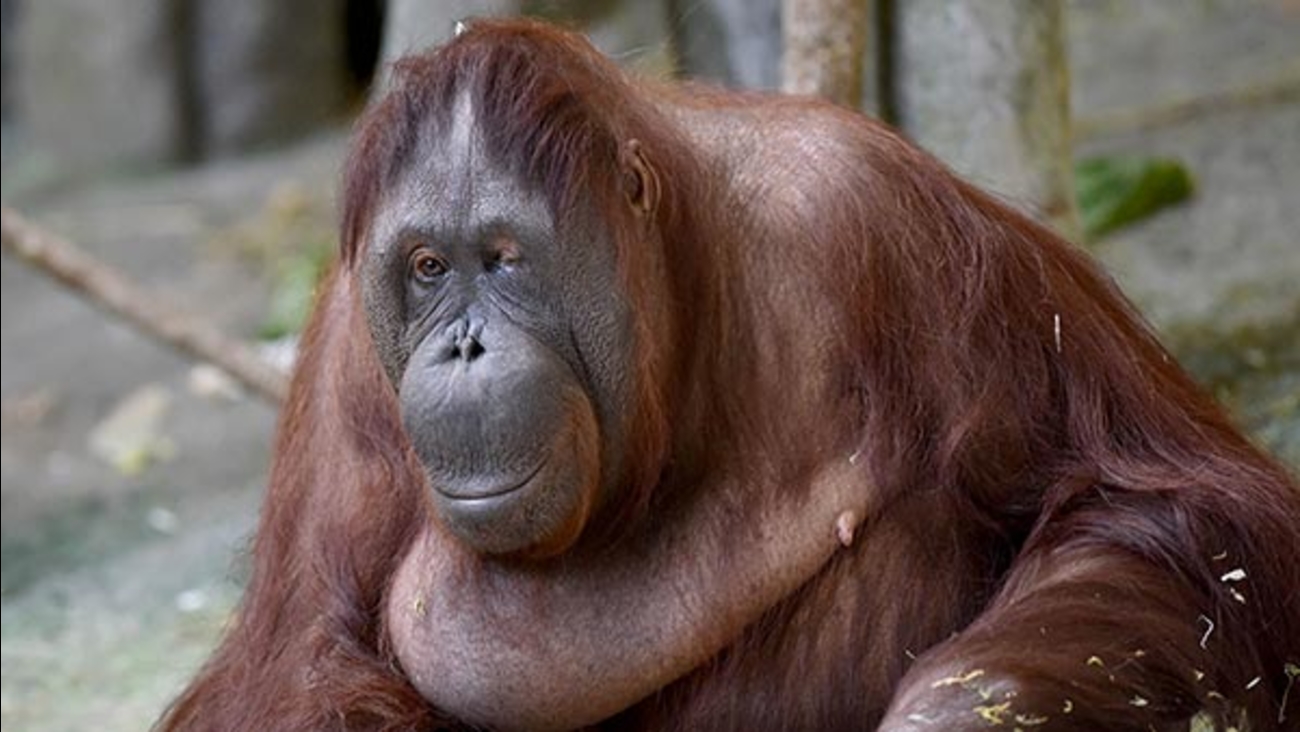 BROOKFIELD, Ill. -- A 54-year-old orangutan named Maggie who was the second-oldest known female of her species has died at Chicago's Brookfield Zoo following weeks of declining health.

Zoo officials announced Saturday that "staff made the difficult decision" to euthanize Maggie on Friday because her age-related ailments had "severely impacted" her quality of life.

A zoo statement said she was beloved and regarded as "curious, intelligent, and playful" by the zoo's primate staff.

She was the world's second oldest-known female Bornean orangutan. Zoo spokeswoman Sondra Katzen says the oldest was born in 1955 and lives at Tokyo's Tama Zoo.

Maggie, a mother of four, was born in 1961 at the San Diego Zoo. She arrived in 1995 at the Brookfield Zoo, where she served a crucial surrogate mother role to two orangutan infants.