Woman found dead along US 421 in LaPorte County identified 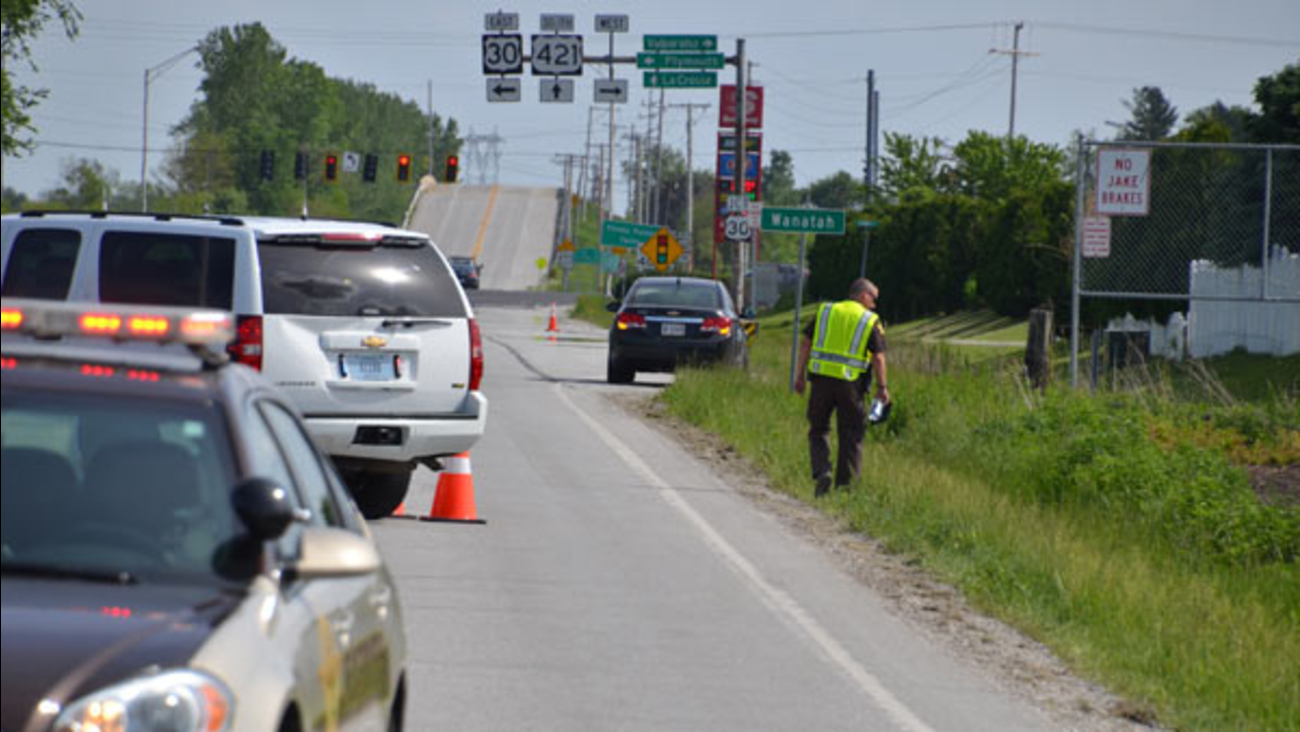 Authorities investigate after a woman's body was found along U.S. 421 in southern La Porte County, Ind., on May 25, 2016. (La Porte County sheriff's office)

LAPORTE COUNTY, Ind. (WLS) -- The LaPorte County Sheriff's Department is investigating what led to the death of a woman who they believe was struck and killed by a hit-run-driver on U.S. 421 near Wanatah, Indiana.

An autopsy performed Thursday morning showed Rybicki died as a result of blunt force trauma to the head.

Authorities said she had no known address, but is believed to have "stayed at various locations" in Porter County. Investigators and LaPorte County Coroner John Sullivan were able to speak with Rybicki's family after releasing her identity Thursday.

Investigators spoke to several witnesses and are continuing to develop a timeline of what happened before Rybicki was hit.

Anyone who had contact with her Wednesday afternoon should call the LaPorte County detective bureau at 219.326.7700. Any auto repair shops who encounter customers with unexplained damage should contact the same number, the sheriff's office said.