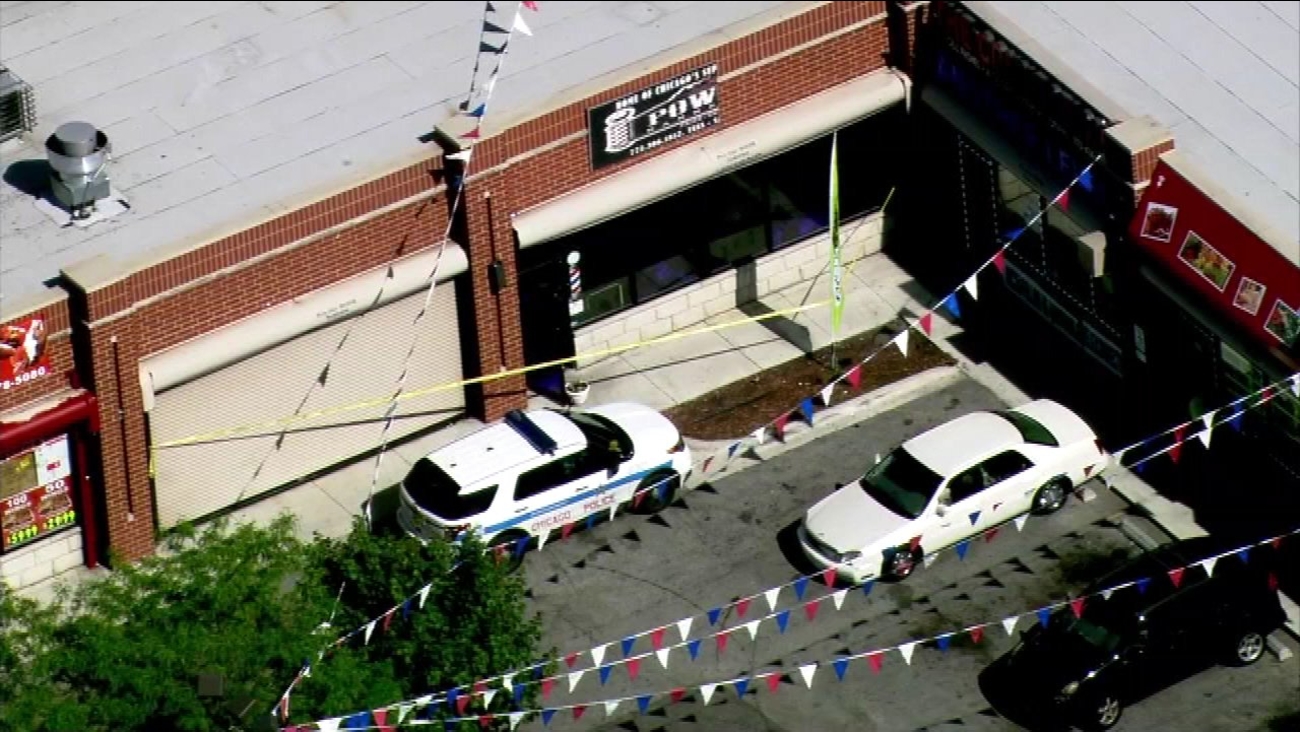 Chicago police are investigating after one man was killed and another wounded in a shooting inside a barber shop in the Englewood neighborhood Thursday afternoon.

WLS
CHICAGO (WLS) -- Chicago police are investigating after one man was killed and another wounded when they were shot inside a barber shop in the Englewood neighborhood Thursday afternoon.

Investigators said two men were inside Powell's Barber Shop around 3:11 p.m. in the 1100-block of W. 63rd St. when someone walked up and fired shots into the business, then fled.

Police said a 38-year-old man who was shot in the shoulder was taken to Stroger Hospital, where he later died.

A 36-year-old man was shot in the legs and taken to Advocate Christ Medical Center, authorities said. No information was immediately available on his condition.