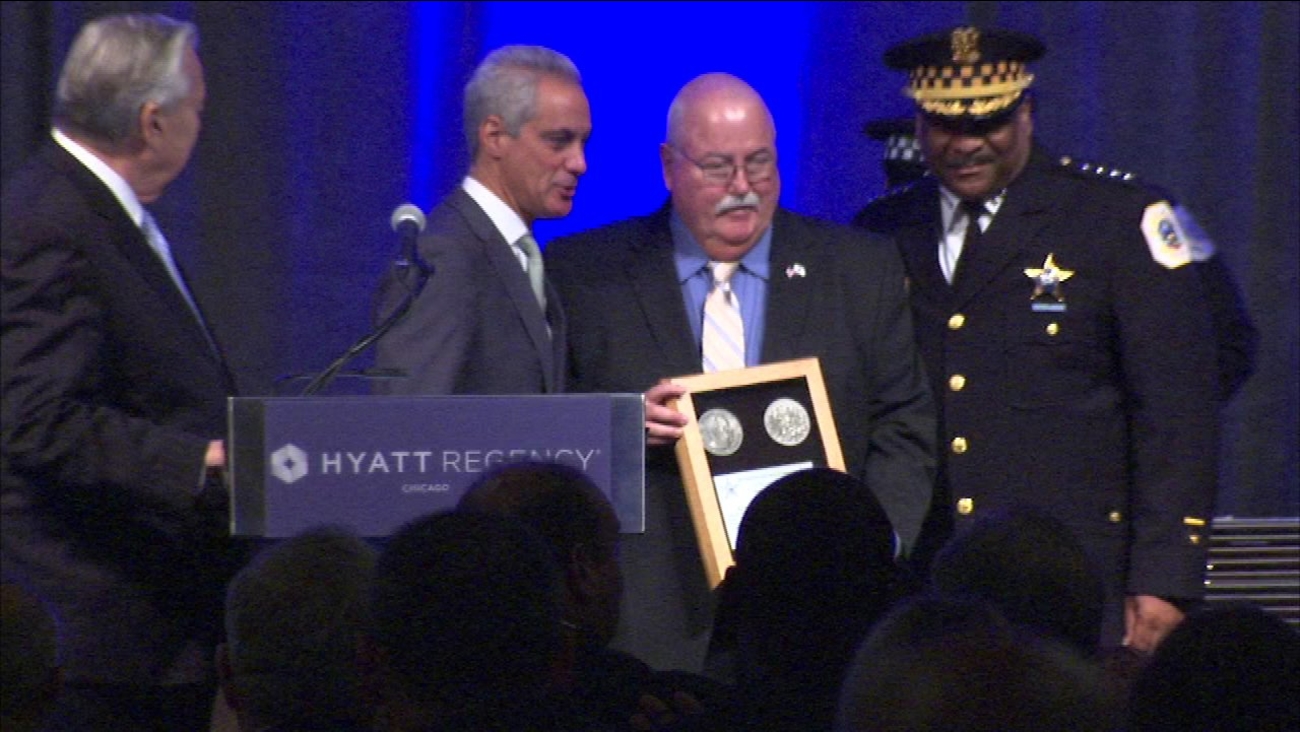 CHICAGO (WLS) -- Some of Chicago's finest were honored Thursday for exemplary work, including former the department's highest honor given to former Supt. Phil Cline for his work with the Chicago Police Memorial Foundation.

Cline started and helped sustain the foundation, which aids fallen and injured officers as well as their families.

Deputy Chief Eugene Williams also received a leadership reward. Williams is a 36-year veteran who has risen through the department's ranks.

Several other officers were recognized during the ceremony as well.