Child dies after falling in front of car during 'horseplay' 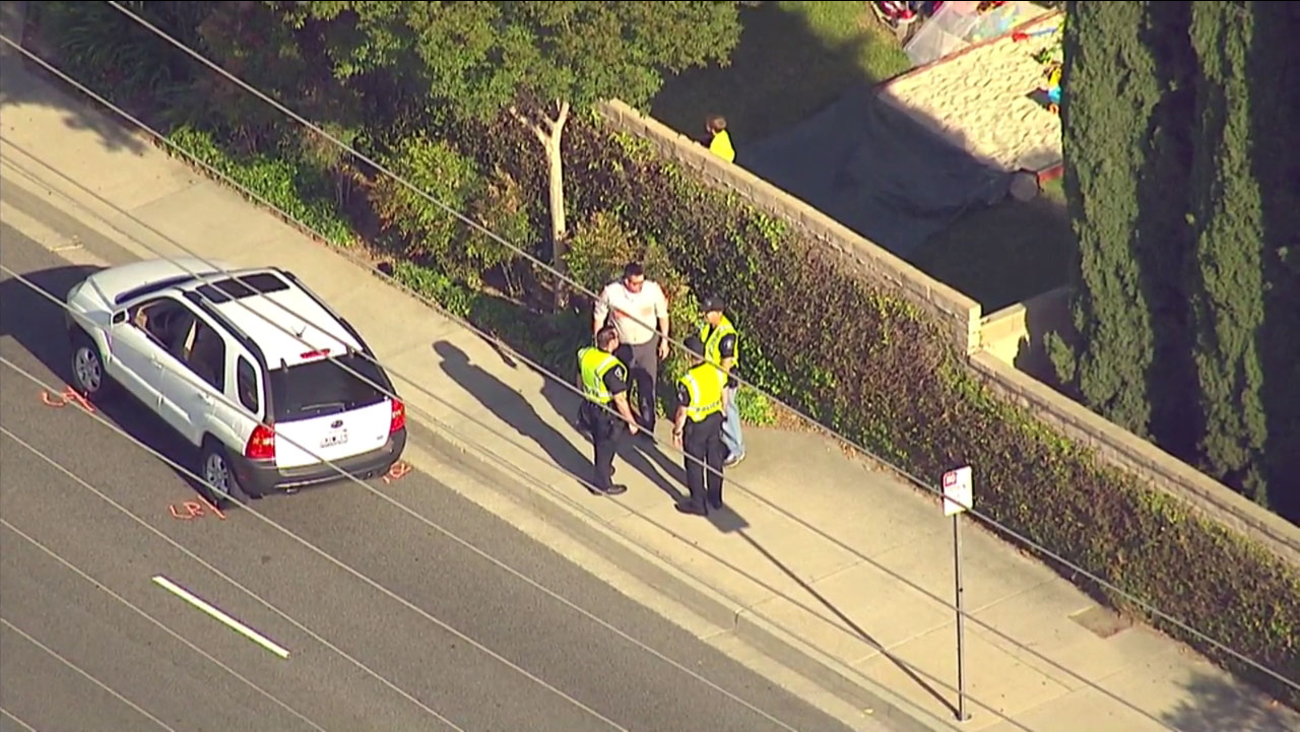 Officials investigate the scene where a child engaged in a pushing game on the sidewalk fell in front of a car and was killed in Simi Valley on Thursday, May 26, 2016. (KABC)

SIMI VALLEY, Calif. -- A fourth-grade student in Simi Valley died after being struck by a car, following some "horseplay" on the sidewalk that involved a game of pushing, officials said.

"The cause of the collision surrounds a bit of horseplay along the sidewalk involving a game of pushing," according to a statement from the Simi Valley Police Department.

Police said the child fell into the roadway in front of a slow-speeding, oncoming vehicle, which was unable to stop in time, "based upon the way the event unfolded."

The incident happened near Royal Avenue west of Sinaloa Road around 2:19 p.m.

The child, who attends Madera Elementary School, suffered head injuries and was transported to Los Robles Hospital, and then later taken off life support, according to Simi Valley police.