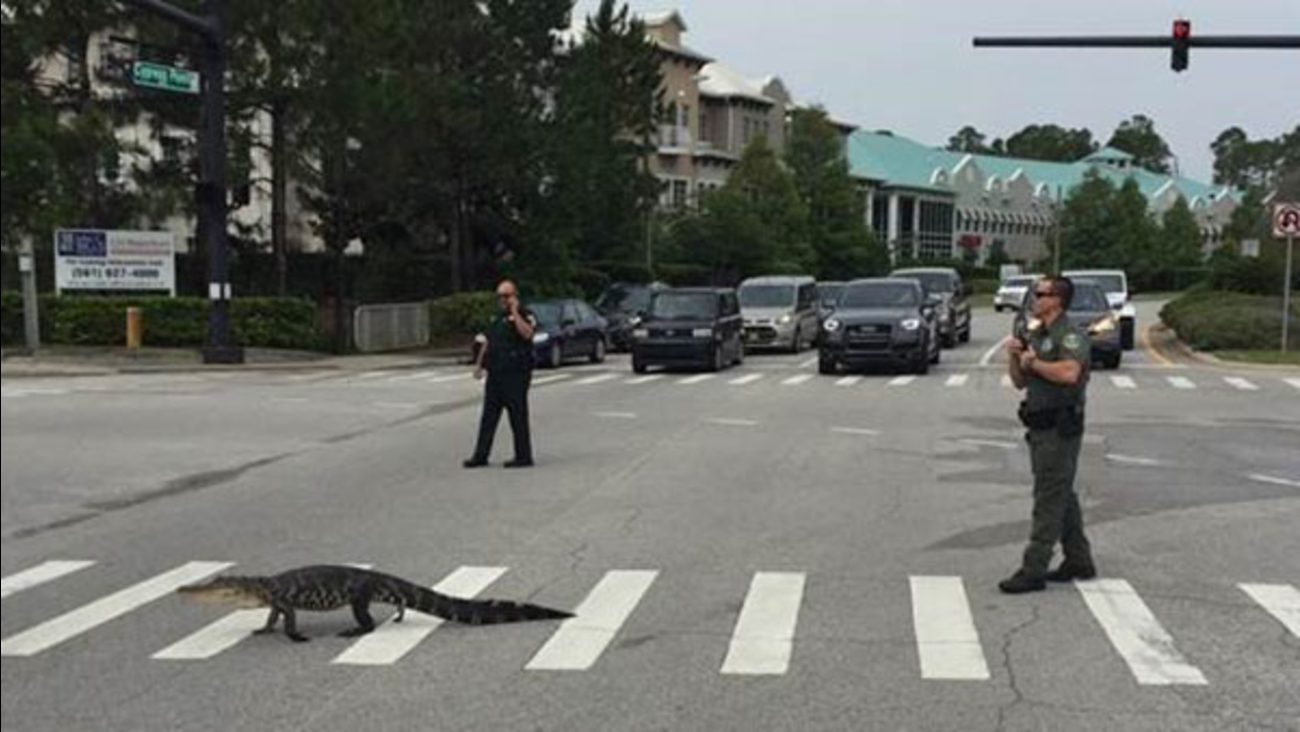 PALM COAST, Fla. -- Why did the alligator cross the road? No one knows for sure, but the determined, law-abiding alligator was spotted Monday at 9:20 a.m. in some bushes at an intersection in Palm Coast, Florida.

Flagler County Sheriff's Office Cpl. Kenny Goncalves said the gator was more than five feet long. It was sitting by the crosswalk and suddenly scampered across the entire roadway in the crosswalk. Goncalves and Deputy Jonathon Duenas stopped traffic to allow the critter to cross, which took about 30 seconds.

A trapper from the Florida Fish and Wildlife Conservation Commission was called but before he could arrive on scene, the gator went to a wooded lot and back to its natural habitat. The trapper was canceled.