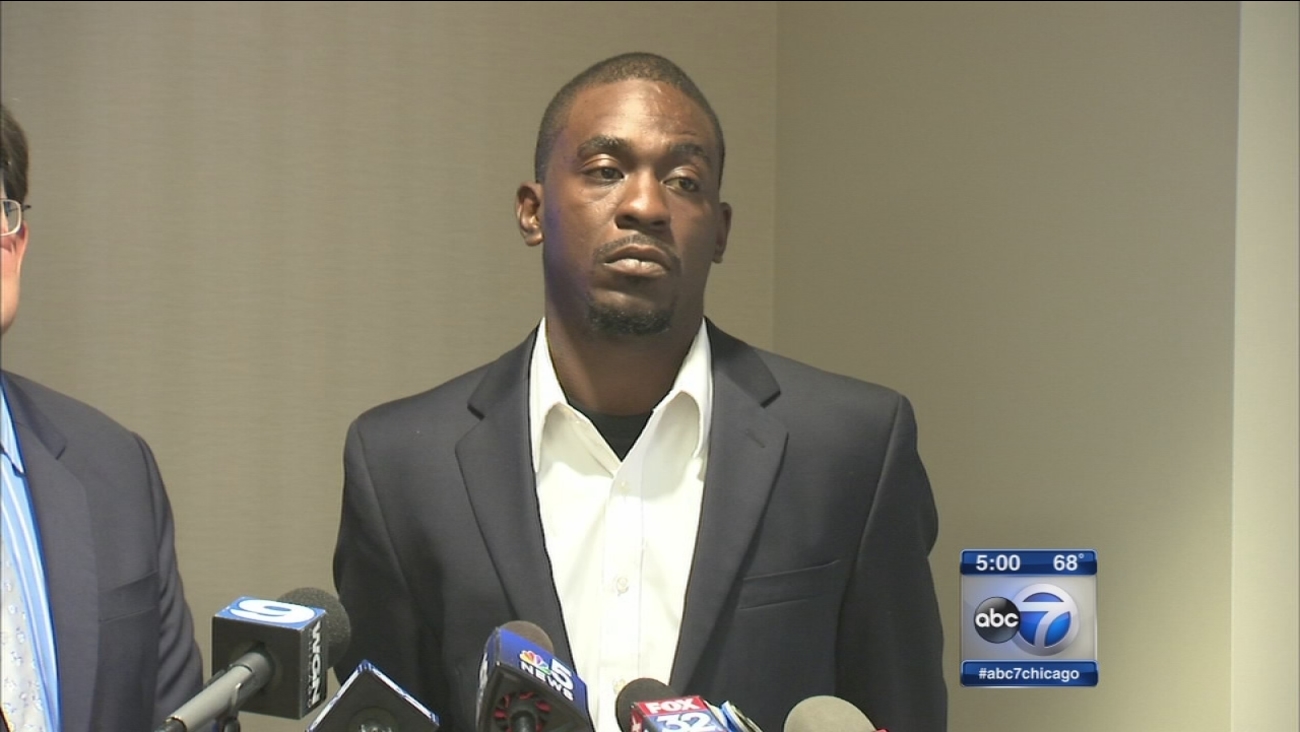 It certainly was not the ending Dominiq Greer was hoping for. (WLS)

CHICAGO (WLS) -- A Chicago man who is suing the city over police wrongly shooting him seven-times was charged Saturday with first degree murder in a different case.

Dominiq Greer is accused in the shooting death of Kevin Larry last month.

He was arrested Wednesday shortly after announcing to reporters that he's seeking $15 million from the city.

Greer acknowledged that he was carrying a gun when he ran away from police last July after officers approached him.