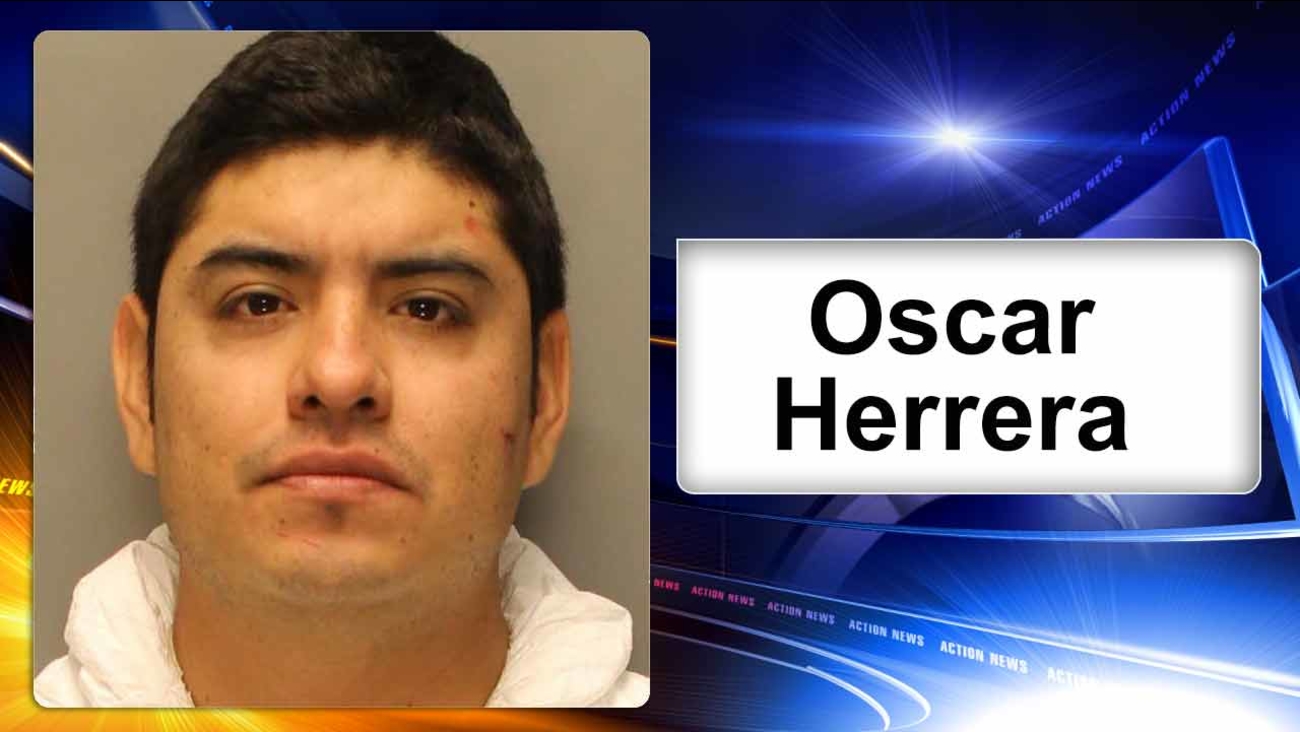 HATFIELD TWP., Pa. -- A Pennsylvania man was found guilty Thursday of breaking into a Hatfield Township apartment and raping a 6-year-old girl in her bedroom.

A jury found 29-year-old Oscar Rivera Herrera, of Hatfield, Pa., guilty of rape and related offenses in the November 2015 incident.

Police were called to the Hatfield Village Apartments around 4 a.m. November 9 for a report of a burglary in progress.

During his interview with police, Herrera admitted he entered the apartment through a living room window.

Court documents revealed the 6-year-old was woken up by an adult male who was behind her; he threatened to harm her and her family and told her to shut up.

The document stated the 6-year-old's cries begging Herrera to "stop" and asking "why are you doing this?" are what alerted her 11-year-old brother who was sleeping in the bunk below to sprint to his parents' room for help.

The 11-year-old boy called police and told them a man broke into his family's apartment and may have done "something" to his younger sister.

Herrera claimed to police he didn't realize there was a child in the top bunk until her mother came in and grabbed out her of bed.

According to police, the girl's stepfather held him down until officers arrived.