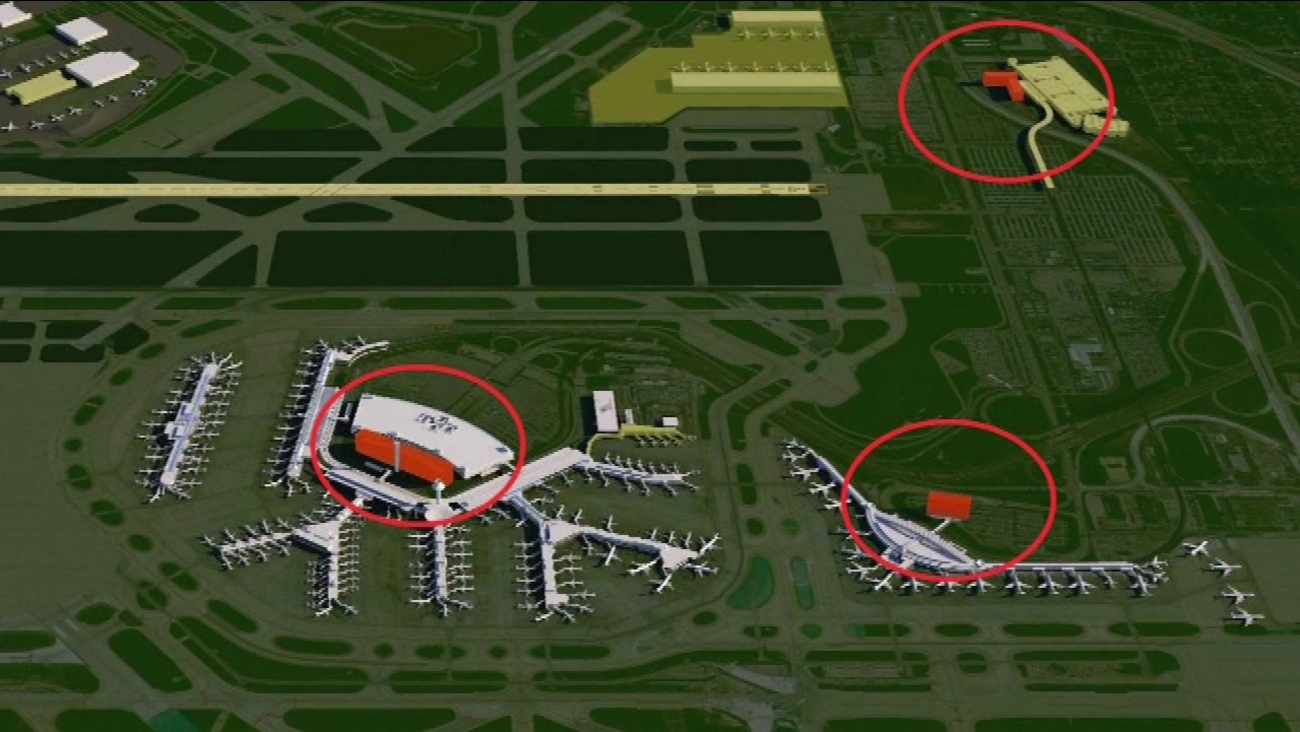 A rendering of three hotel projects around O'Hare Airport.

A full-service hotel will be built next to Terminal 5 which will have up to 400 rooms as well as 25,000-65,000-square-feet of conference space, banquet rooms, ballrooms, and other amenities.

A second hotel will go up on the northeast side of O'Hare along Mannheim Road with up to 200 rooms.

The city will also renovate the O'Hare Hilton so it can hold large trade shows and events. The renovation will occur when the current lease expires in two years.

"O'Hare is the economic engine for Chicago - one of the main reasons why companies move to Chicago, bringing jobs for residents and economic growth to neighborhoods throughout the city. With more hotels, we are building a better future for not just the airport and the millions of travelers who pass through it, but for our city too," said Mayor Emanuel.

A request for proposals will be issued in the fall, with construction expected to be completed by 2020. According tot he city, the total investment for the hotel developments is approximately $350 million.

"We are building hotels at O'Hare to provide a significantly higher level of customer service and increased non-airline revenue," said CDA Commissioner Ginger S. Evans. "Today's passengers and business travelers need and expect modern facilities for lodging, events and office space critical to their unique needs, like direct access to and from the airport and ground transportation options. We are creating construction and service jobs for Chicago residents and enhancing O'Hare's status as one of the world's premier airports."

The mayor says the projects will create nearly 1,300 jobs.