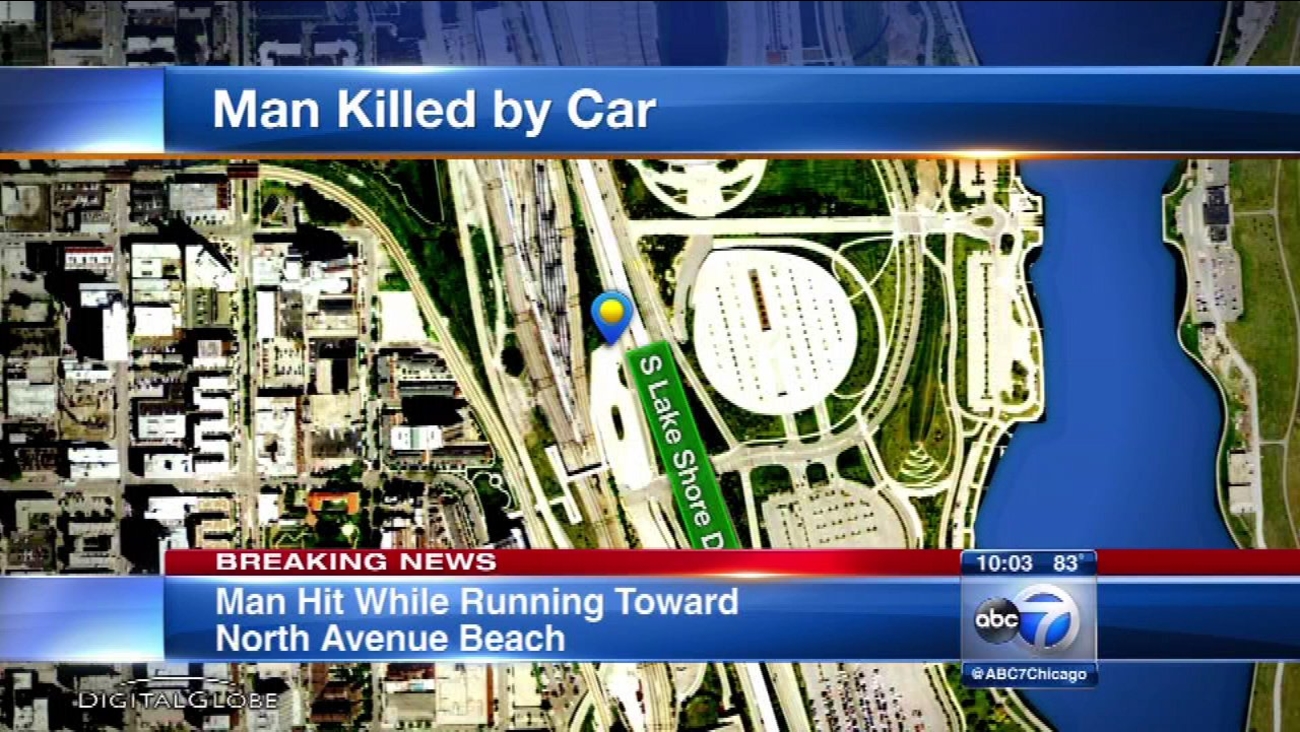 WLS
CHICAGO -- A 33-year-old man was fatally struck by a vehicle Saturday evening on Lake Shore Drive in the Gold Coast neighborhood.

The man, whose exact age was not known, was walking across about 6:50 p.m. in the 1600 block of North Lake Shore Drive when he was struck by a vehicle, according to Chicago Police.

He was taken to Northwestern Memorial Hospital, where he was pronounced dead, police said. The Cook County medical examiner's office could not immediately confirm the fatality.