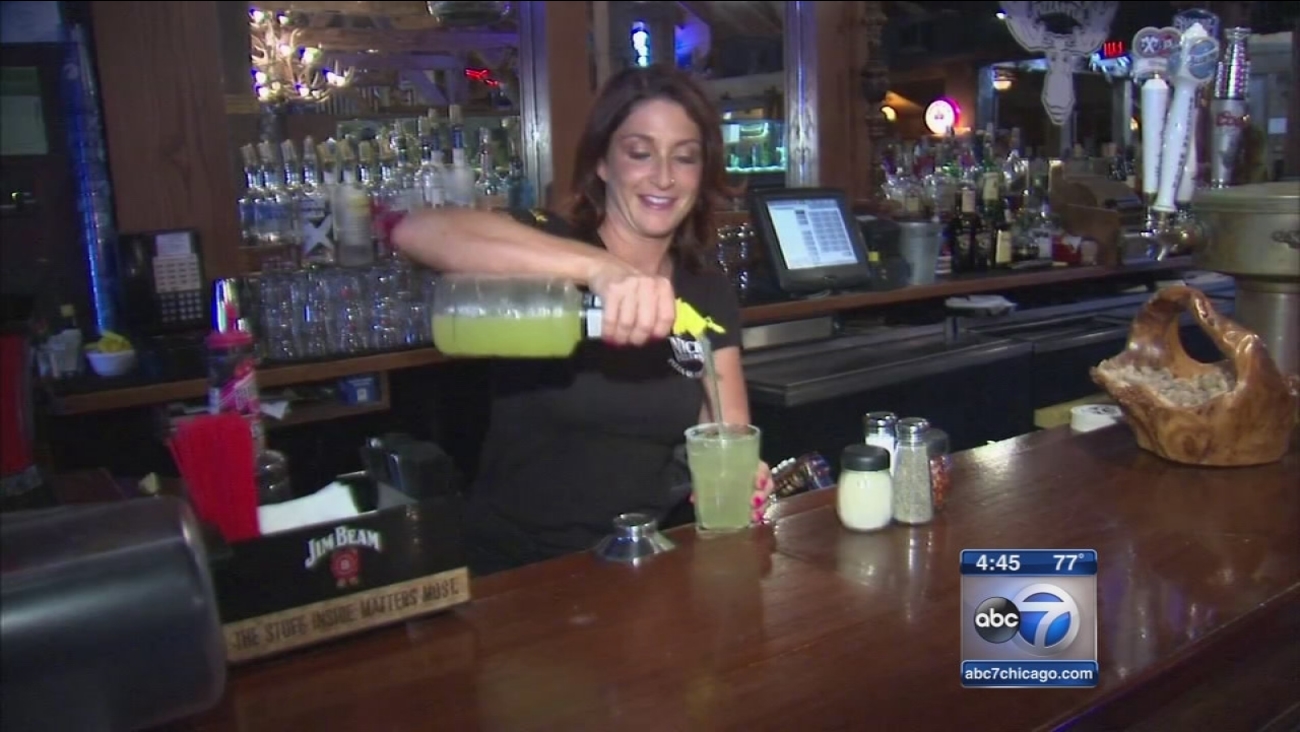 ELGIN, Ill. (WLS) -- A north suburban bar is getting a reputation for serving big spenders.

Nicole, a middle school teacher, has worked part-time at Nick's for more than a decade.

"Part of it is to pay off student loans," said Nicole, who did not want her last name used. "I need the extra money to make ends meet for that."

On Father's Day a few weeks ago, she agreed to work at the Elgin location as a favor.

"What I usually do is introduce them to each other, start chatting it up as a group," Nicole said.

Then, she laid down the bill and one man said, "Let me cover that tab for them.

Then, Nicole's dad walked in to join her

It did happen. And it was Nicole's first big cash haul, but not even close to the first time it's ever happen to a Nick's server.

"It's happened six times in our restaurant between Crystal Lake and Elgin. Five hundred dollar tips have happened, I don't even know how many times," said Nick's owner, Nick Sarillo.

Maybe it's Nicole's and her colleague's camaraderie, or the cozy vibe of the crunched peanut shells on the floor, but something makes customers want to leave more than a little extra.