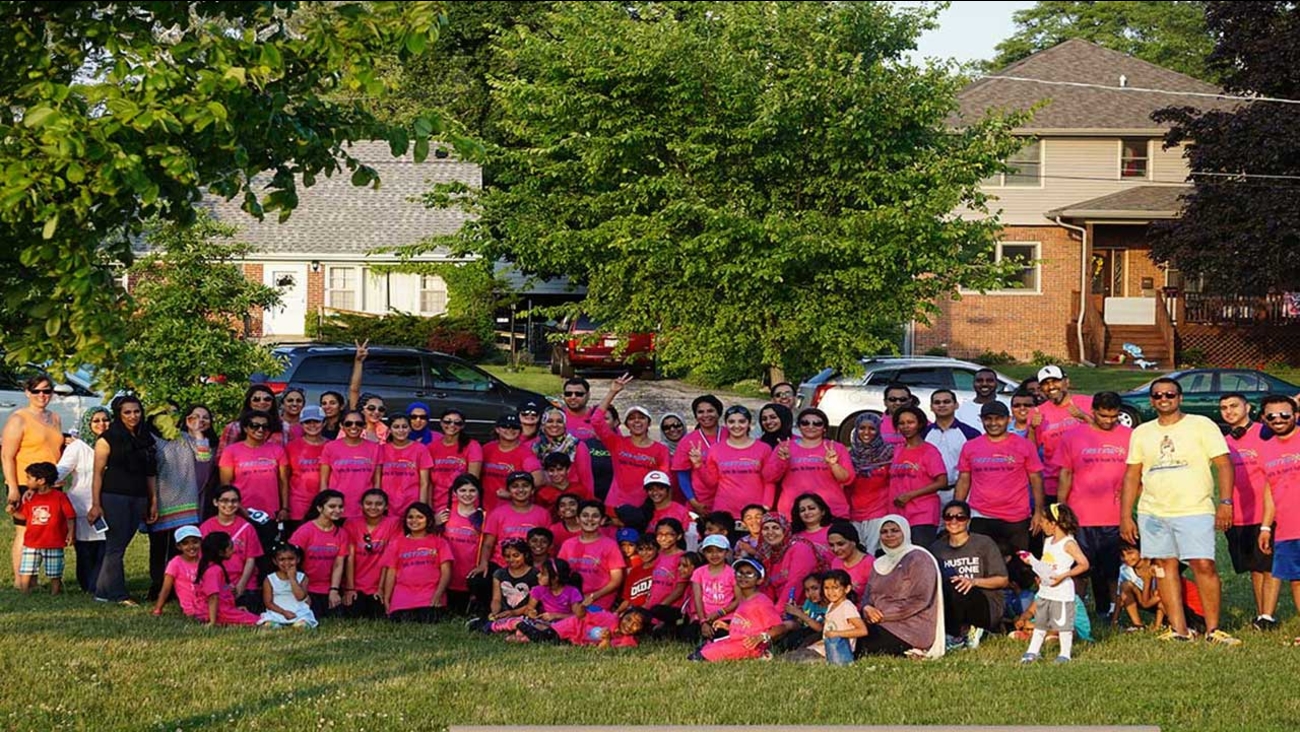 CHICAGO (WLS) -- As the new moon looms ahead, marking the end of Ramadan, Muslims around the world culminate the month of fasting on a charitable note.

In Chicago, giving back came in many forms.

Volunteers with the Muslim Women's Alliance prepared hundreds of care packages for cancer patients at Chicago area hospitals, in addition to providing brown bag lunches for local homeless shelters and food pantries. The group rounded off the holy month by planting a community garden at a local women's shelter.

"Ramadan is that time of year when Muslims walk in the shoes of the most vulnerable of society. By abstaining from all food and water during these hot summer days, our empathy for the less fortunate inspires us to help alleviate hunger and poverty," said Khadija Husain, MWA board director.

Husain describes the volunteers as "positive change-makers" during a crucial time in history.

"Caring for our neighbors, feeding the hungry and comforting the sick are essential principles in our faith," Husain said. "So we're putting our faith in action while also combating some of the negative stereotypes out there about Muslims in a tangible and constructive way."

The summer heat didn't stop organizers of the Fasting 5K, which aimed to raise money for children with mental illness. The multi-city endeavor collectively raised $130,000 for local and international charities, largely surpassing its goal of $50,000.

"Eliminating the stigma that often surrounds youth mental illness is what motivated me the most," said Aisha Siddiqui, who organized the Fasting 5K in Chicago.

Siddiqui admits it was challenging to take part in the 5K without chugging water, but said the 70 participants were energized by their common goal- benefiting the Youth Services of Glenview/Northbrook.

The pediatric anesthesiologist holds the cause close to her heart.

"I often see kids who are affected with mental health issues," Siddiqui said. "While it's sad to see their suffering, it's also a blessing to witness them overcome their illness and flourish into who they really are- simply by getting the help they need. Supporting them is a great way to end Ramadan."

As the Eid-al-Fitr holiday signifying the end of fasting approaches this week, community leaders hope to sustain acts of goodwill year-round.

"The spirit of giving that is enhanced in the month of Ramadan continues to guide Muslims for the rest of the year," said Mohammed Kaiseruddin, chairman of the Council of Islamic Organizations of Greater Chicago. "It can be seen in the continued distribution of food to the homeless. School supplies are handed out at the start of the school year, and thousands of Thanksgiving turkeys are given to families in need."