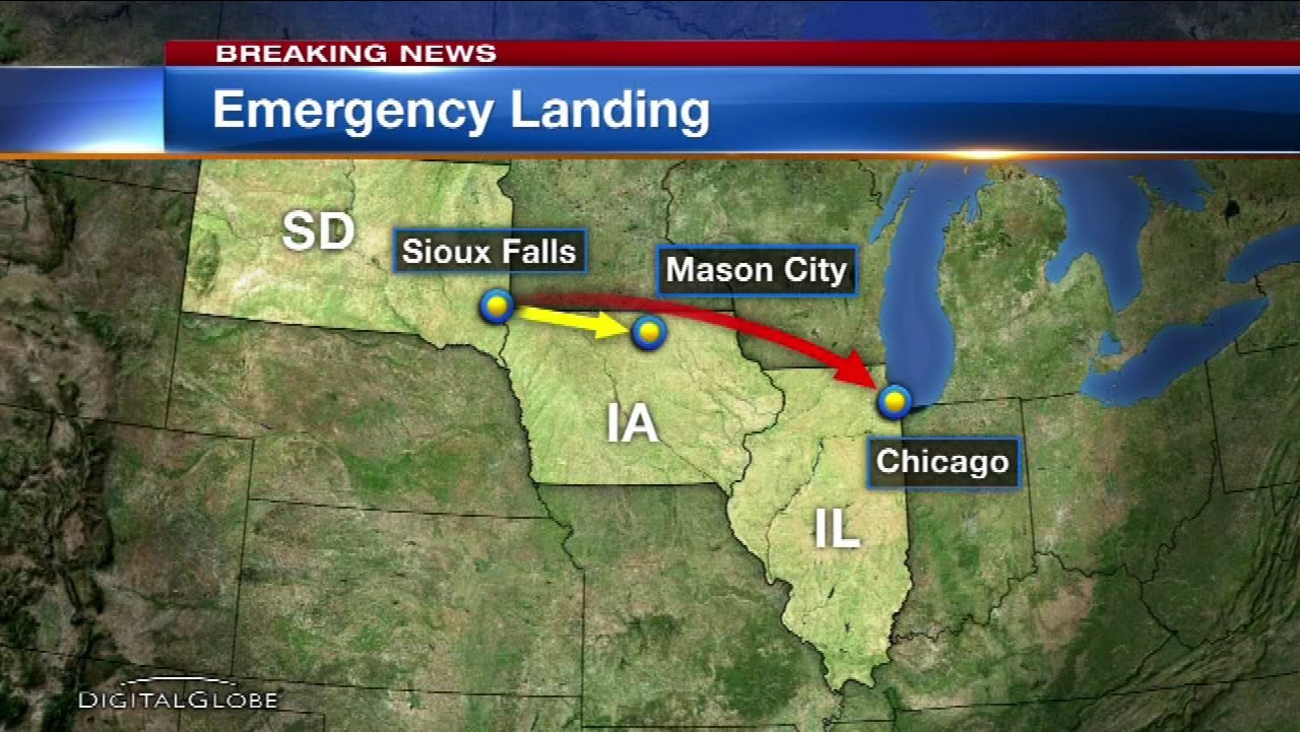 The American Eagle jet bound for O'Hare made an unexpected landing at the Mason City Municipal Airport on Tuesday. The flight was operated by Envoy Air and landed in Mason City around 1 p.m.

A passenger says there was smoke coming from the cockpit.

According to a spokesperson for Envoy Air, the plane had a maintenance issue.

The plane, which originated in Sioux Falls, South Dakota, was evacuated.