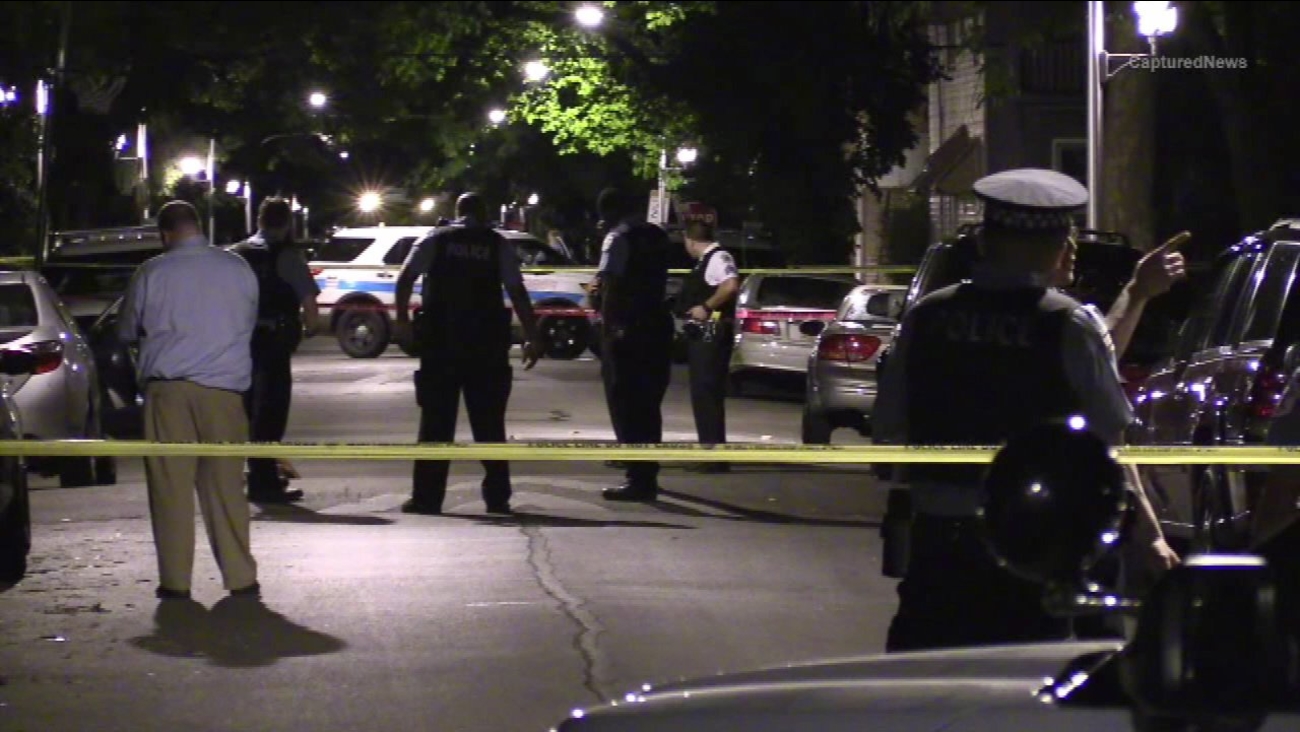 Police responded to a report of a person shot in the 6000-block of South Carpenter Avenue around 10:50 p.m. Tuesday.

When officers arrived, they found two men dead at the scene. One man was lying in the street. The other man was in the driver's seat of a gray sedan. Police said both had been shot in the head.

Police said they were traveling south on May in a red car when someone on the sidewalk started shooting.

The man suffered a gunshot wound to the back and a graze wound to the face. He was taken to Christ Medical Center in Oak Lawn, police said.

The boy was shot in the neck and taken to Stroger Hospital. Both of their conditions were stabilized.