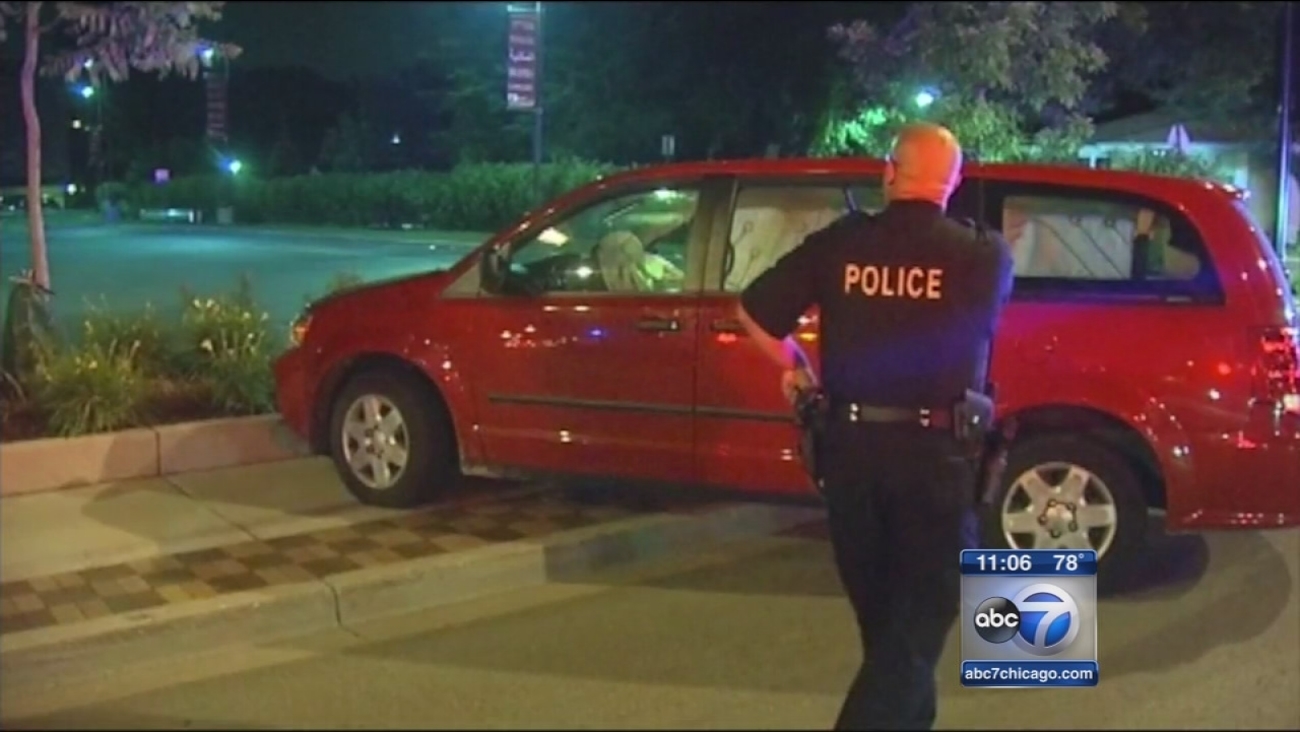 Chicago and several north suburbs are working together to find three suspects in an overnight crime spree that began in Skokie. (WLS)

SKOKIE, Ill. (WLS) -- Three Chicago teenagers have been charged after a crime spree in Skokie that left a police officer injured.

Skokie police responded to a report of people walking through yards and breaking into cars and garages early Wednesday. A white 2005 Nissan Pathfinder, with IL plate H595 187, was stolen and observed. fleeing eastbound on Oakton Street from Park Avenue.

Three Chicago teenagers have been charged in connection with a crime spree that went through the city and several suburbs. It involved three stolen vehicles and a crash that left a police officer injured in north suburban Skokie.

The boys are 15, 16 and 17 years old and face several charges including burglary and possession of a stolen vehicle.

Early Wednesday, Skokie police received separate 911 calls for burglaries to a motor vehicle and a residence in progress in the area of 5300 block of Harvard Terrace. Police say a white 2005 Nissan Pathfinder SUV, IL license plate H595187, was stolen and has not been seen since.

The owner of the Pathfinder, Carlos Sosa, said someone snatched his family's car keys and made off with the SUV.

"We were sleeping. We heard noise in the bedroom - thought it was one of the kids. She woke up screaming. One of the guys flew away from the house," Sosa said.

He called 911 around 1 a.m. Wednesday to report the burglary. When police responded, they spotted the Pathfinder and a minivan that was stolen in the 8100-block of Lockwood Avenue and gave chase.

While responding to the calls, a Skokie police officer inside a squad car was struck by a stolen red minivan at the intersection of Park Avenue and Oakton Street. Three suspects fled, with two being arrested after a brief foot chase.

Police said the third suspect stole a black VW Touareg and got away. But that offender was later caught near West 59th and South Halsted streets in Chicago's Englewood neighborhood. Illinois State Police and the Chicago Police Department assisted in that arrest.

Police say they're working on an arrest warrant for a fourth juvenile.

Karla Villalta, who lives in the home on Harvard Terrace, said the family will no longer leave their car keys hanging by the front door and always check that their house is locked up before going to bed.