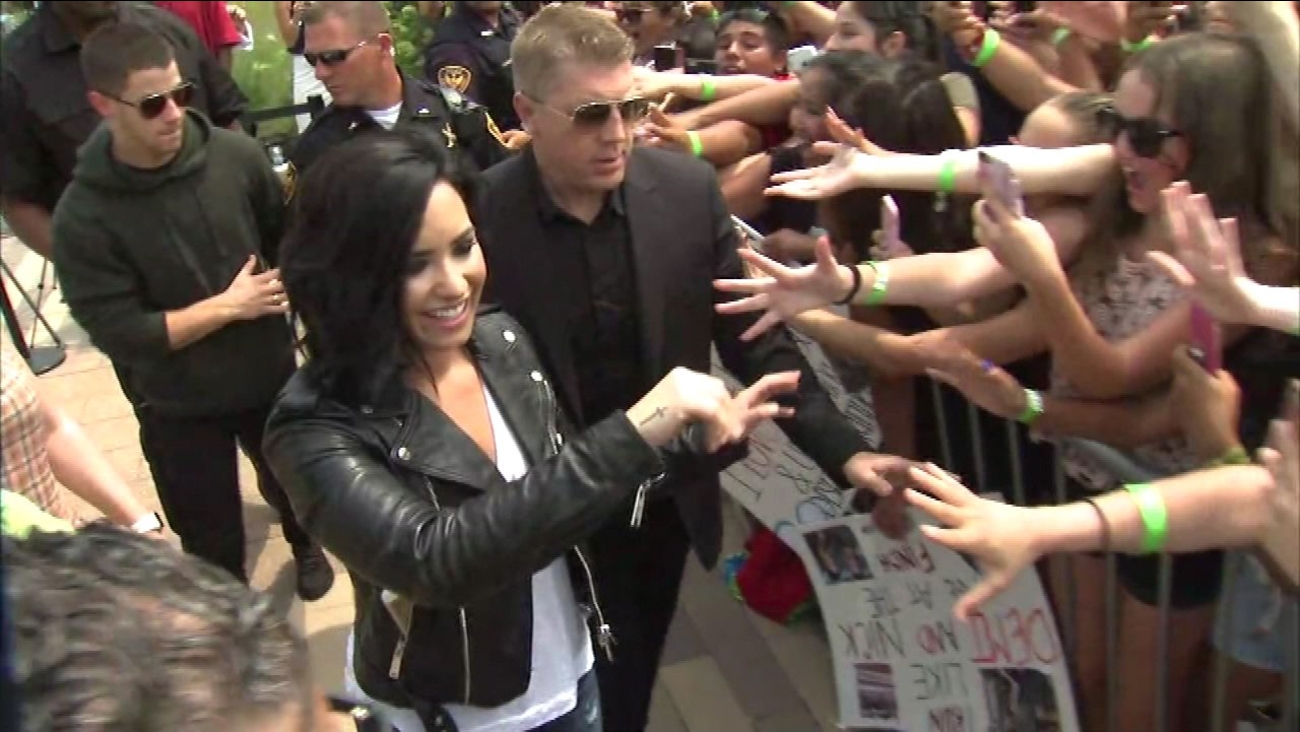 They met with fans at the Chicago Premium Outlets before their concert Tuesday night at the Allstate Arena in Rosemont.