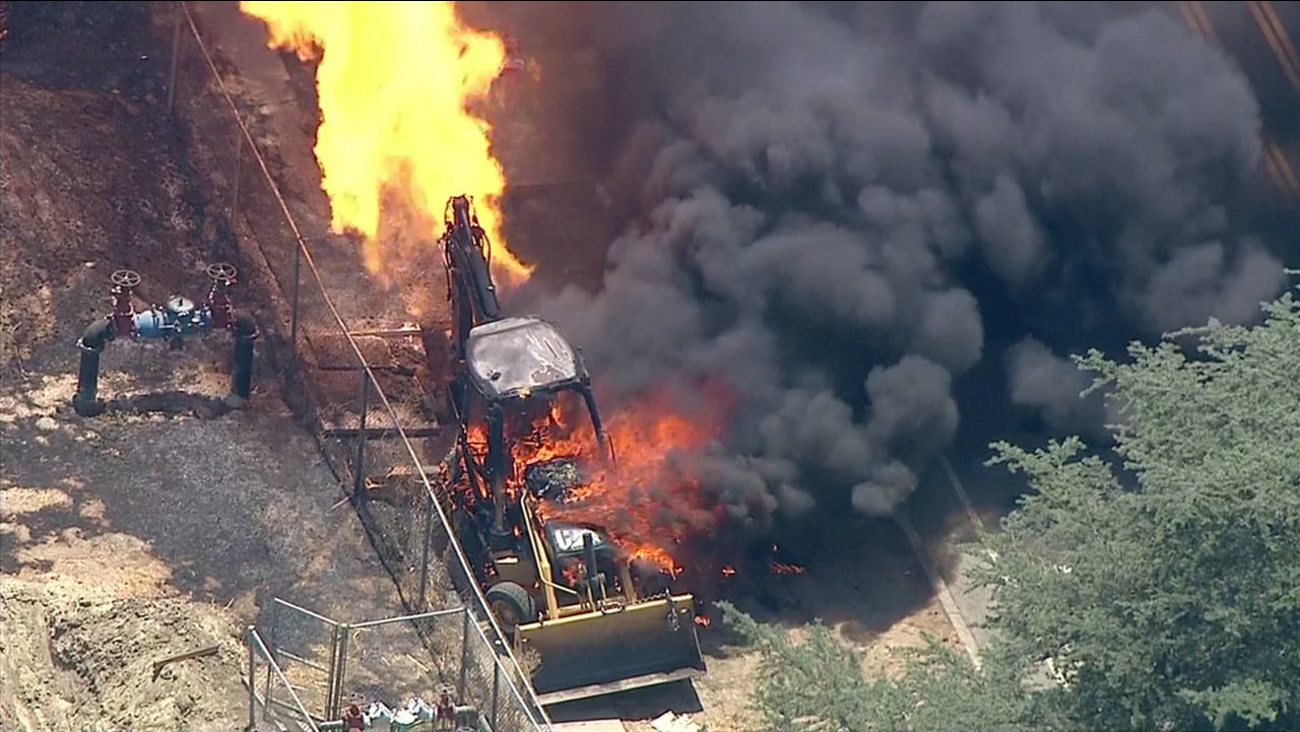 A fire erupted in Woodland Hills after a backhoe struck a gas line and sparked a fire on Wednesday, Aug. 3, 2016.

WOODLAND HILLS, LOS ANGELES -- Homes in Woodland Hills were evacuated after a backhoe struck a gas line and ignited a fire on Wednesday.

Fire officials said the backhoe/tractor hit a 4-inch gas main in the 5800 block of N. Shoup Avenue shortly after 1 p.m.

An unknown number of homes in the area were evacuated, authorities said. There were also buildings exposed on three sides of the blaze, but it was not known if those structures were also evacuated.

Firefighters worked to keep the flames from spreading. 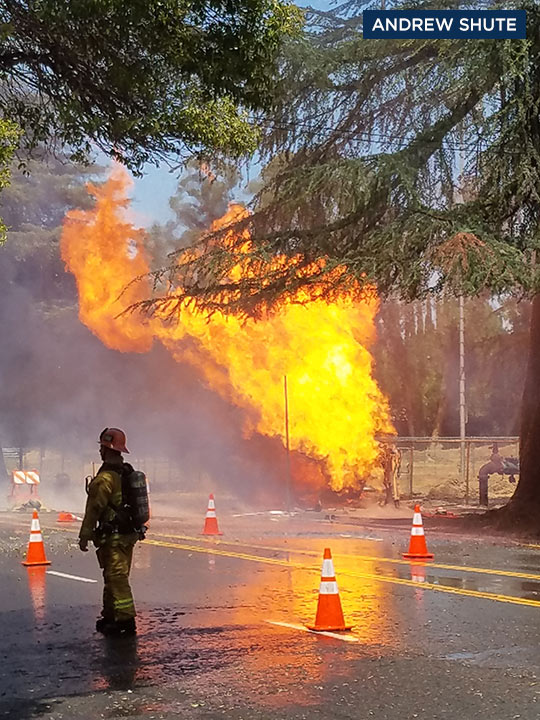 A firefighter works to put out a fire at the scene of a gas main break in Woodland Hills on Wednesday, Aug. 3, 2016.

Crews with Southern California Gas Company were headed to the scene to shut off the gas line. Authorities said they anticipated the gas line to be turned off shortly.