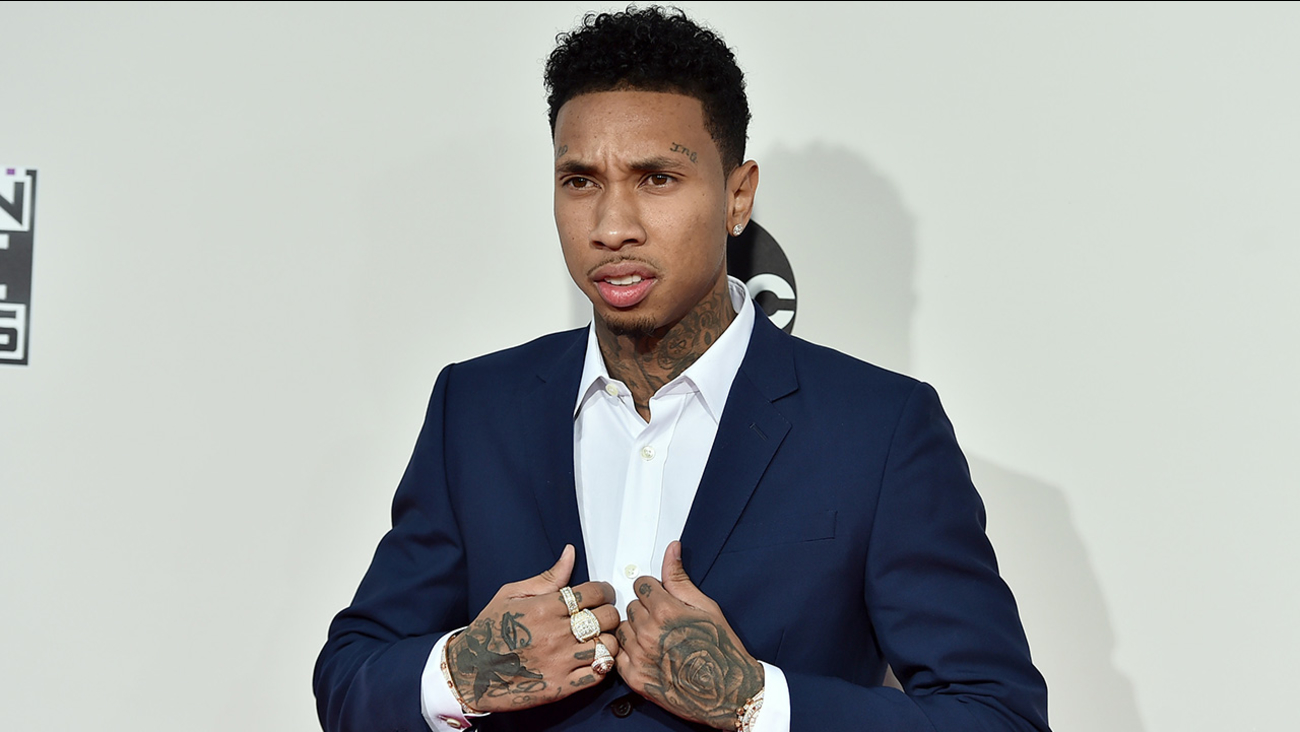 Tyga arrives at the American Music Awards at the Microsoft Theater on Sunday, Nov. 22, 2015, in Los Angeles. (Jordan Strauss/Invision/AP)

SANTA MONICA, Calif. -- A judge has issued a $10,000 bench warrant for the arrest of rapper Tyga.

The warrant comes after the 26-year old was a no-show at a Santa Monica courtroom, where he was due to appear Tuesday morning to account for his finances.

Tyga, whose real name is Michael Ray Stevenson, failed to pay a $480,000 judgement against him for damage at a Malibu home he had rented in 2011.

According to court documents, Tyga missed a $16,000 monthly payment and broke the lease.

Once the owners took possession, they say they found damage and alterations to the home that had not been approved - including a dance pole in the middle of the master bedroom and damaged glass tiles in both of the master bathroom's showers.

Tyga, who has been linked romantically to Kylie Jenner, refused to pay, claiming poverty.

"What we're asking for is any asset that's transferred since July 20, when this has been served. The law allows us to take possession, to use it to satisfy any outstanding judgments," said Boris Treyzon, an attorney for the plaintiff.