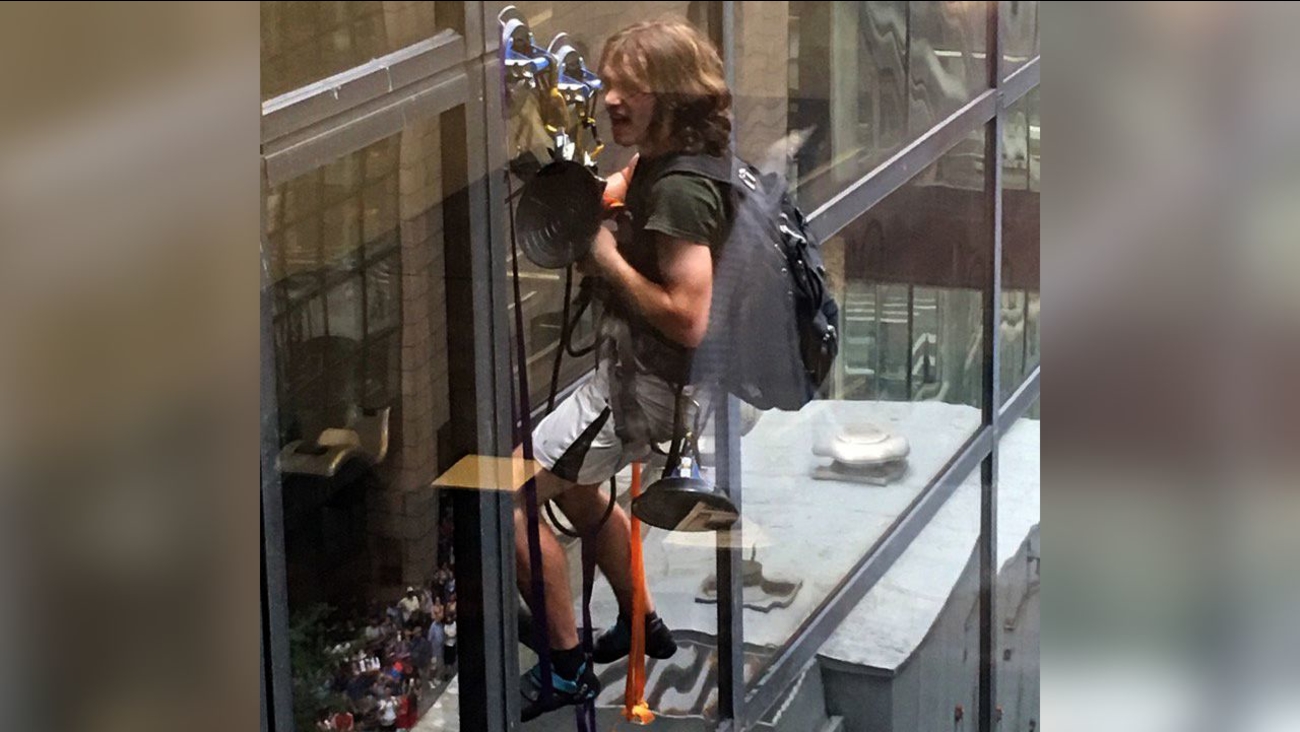 WABC
By Eyewitness News
NEW YORK -- The man known so far as "Steve from Virginia" led police on a cat and mouse chase up the side of Trump Tower in Midtown Wednesday afternoon and into the evening.


The video, posted to YouTube Tuesday afternoon, shows a man that looks like the climber talking about why he planned to climb Trump Tower.

Great job today by the NYPD in protecting the people and saving the the climber. 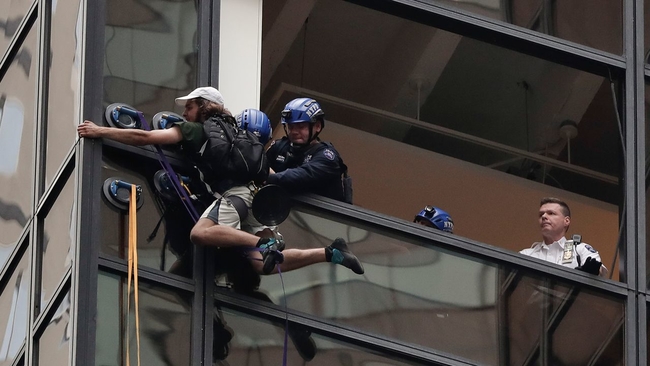 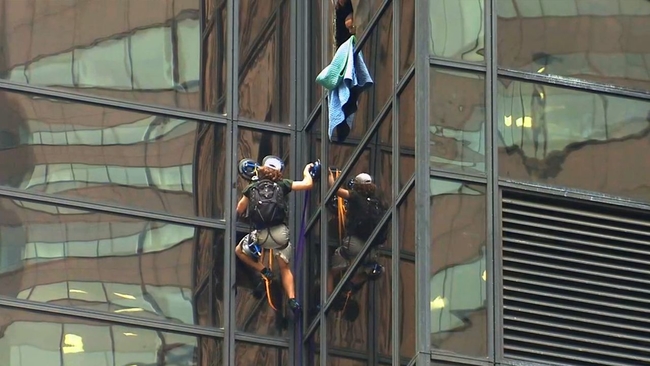