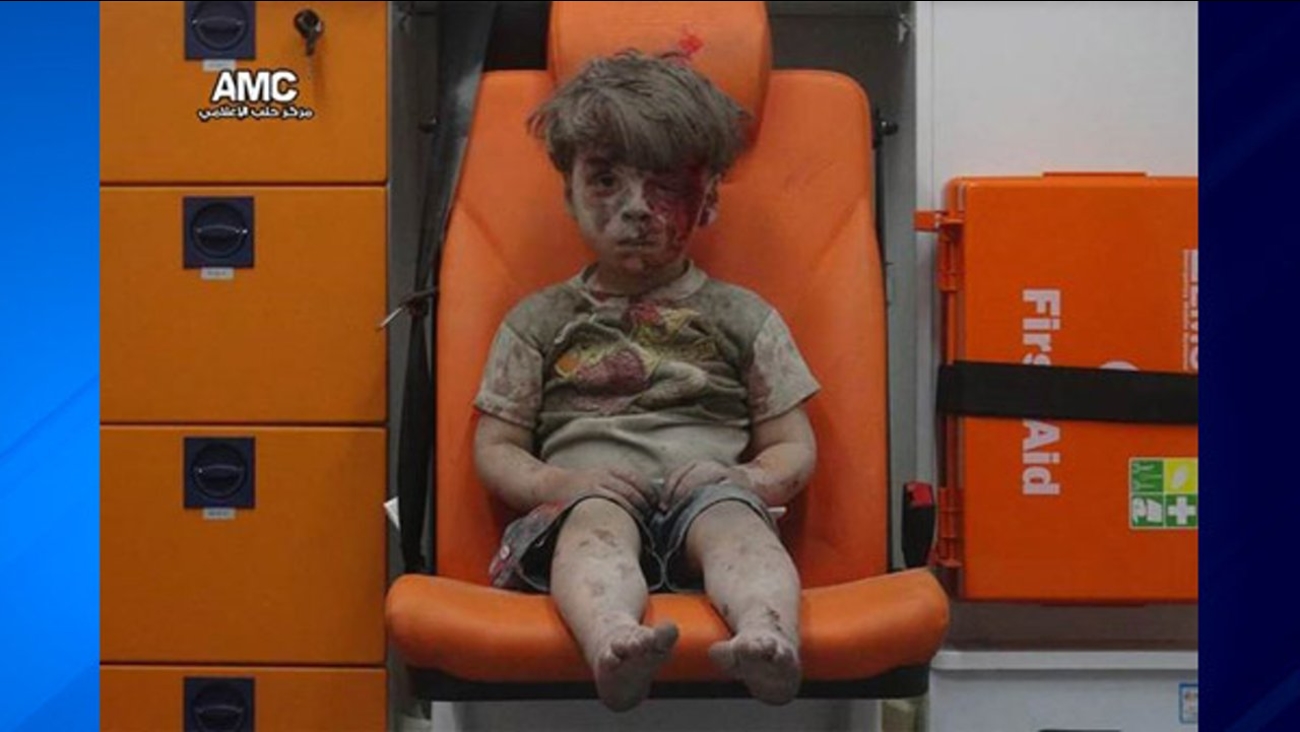 Five-year-old Omran sits dazed and bloodied in the back of an ambulance after an airstrike in Aleppo, Syria. (Aleppo Media Center)

ALEPPO, Syria (WLS) -- A heartbreaking image of a dazed and bloodied child circulating on social media shows the horror of what have become routine airstrikes in the Syrian city of Aleppo.

The Telegraph reports that 5-year-old Omran Daqneesh was one of five children injured in the Russian or Assad regime airstrike Wednesday night.

The photo was posted by the Aleppo Media Center, an activist group with contacts including doctors on the ground. It has been already shared and retweeted thousands of times.

The group also posted video of Omran being placed into the ambulance as rescuers retrieve another injured child.


Stunned and alone in the ambulance, Omran can be seen rubbing his eye and noticing the blood on his hand, but does not cry.