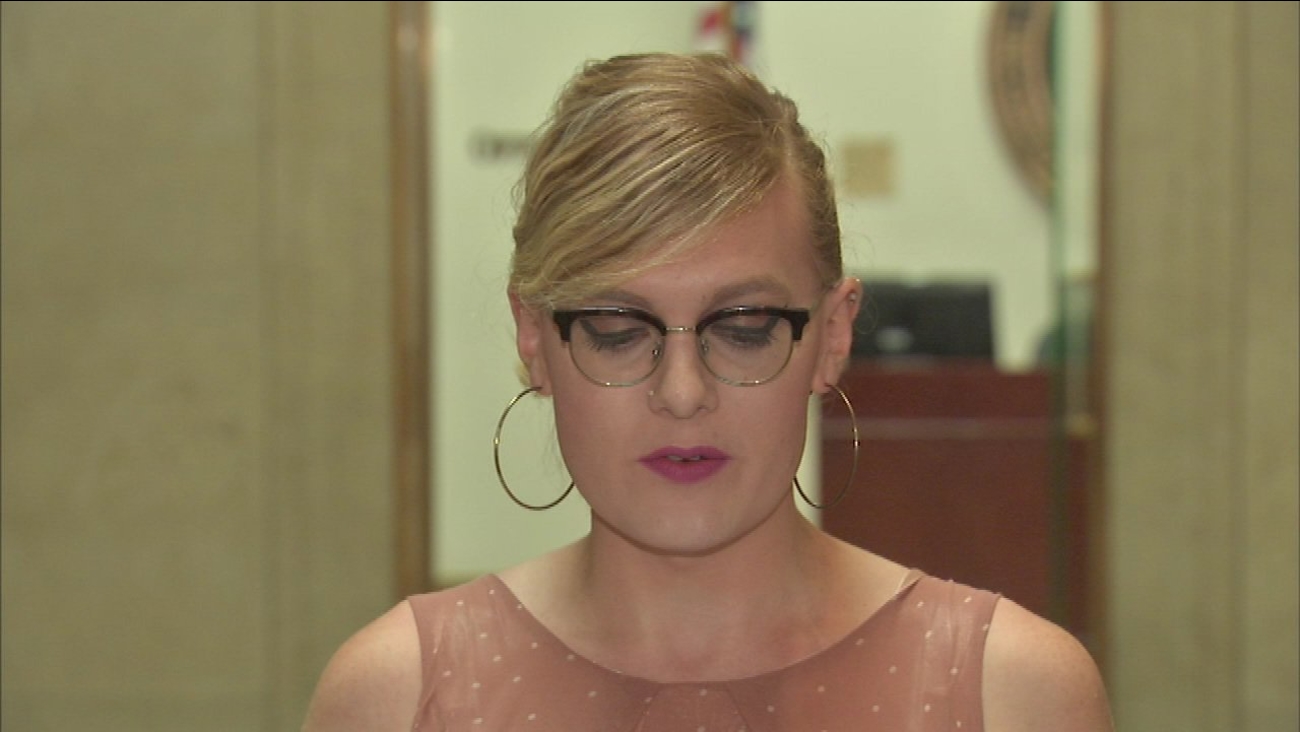 CHICAGO (WLS) -- Bea Sullivan-Knoff, a transgender woman and performance artist, filed a federal lawsuit against the city of Chicago and Mayor Rahm Emanuel challenging a city ordinance that prohibits only women, not men, from exposing their breasts in venues with liquor licenses.

"No person licensed under this chapter shall permit any employee, entertainer or patron to engage in any live act, demonstration, dance or exhibition on the licensed premises which exposes to public view:... (3) Any portion of the female breast at or below the areola thereof." (City of Chicago Mun. Code 4-60-140)," the suit cites as the city code.

The suit notes that the City's ordinance "reinforces archaic stereotypes and overbroad generalizations of the impropriety of women's breasts versus men's breasts."

"While men, whether as performers or patrons, in Chicago's hot and humid summers routinely remove clothing from their torsos, whether as artistic expressions or simply to cool off, women are prohibited from doing so due to the threat venues' liquor licenses," Knoff's lawyer said.

The city's law department said they have no comment on the suit, pending litigation.

"In 2016 in a city as diverse as Chicago, there should not be an ordinance reflecting 19th century ideas about sex and gender," said attorney Mary Grieb. "Moreover, Ms. Sullivan-Knoff is a 23-year-old engaged in the very difficult task of making a living as a young performance artist, yet has been prevented from performing deeply personal pieces due to the City's transphobic and blatantly sexist ordinance that should be an embarrassment to a modern city in the 21st century."
Related topics:
chicagotransgenderlawsuit
Copyright © 2021 WLS-TV. All Rights Reserved.
More Videos
From CNN Newsource affiliates
TOP STORIES