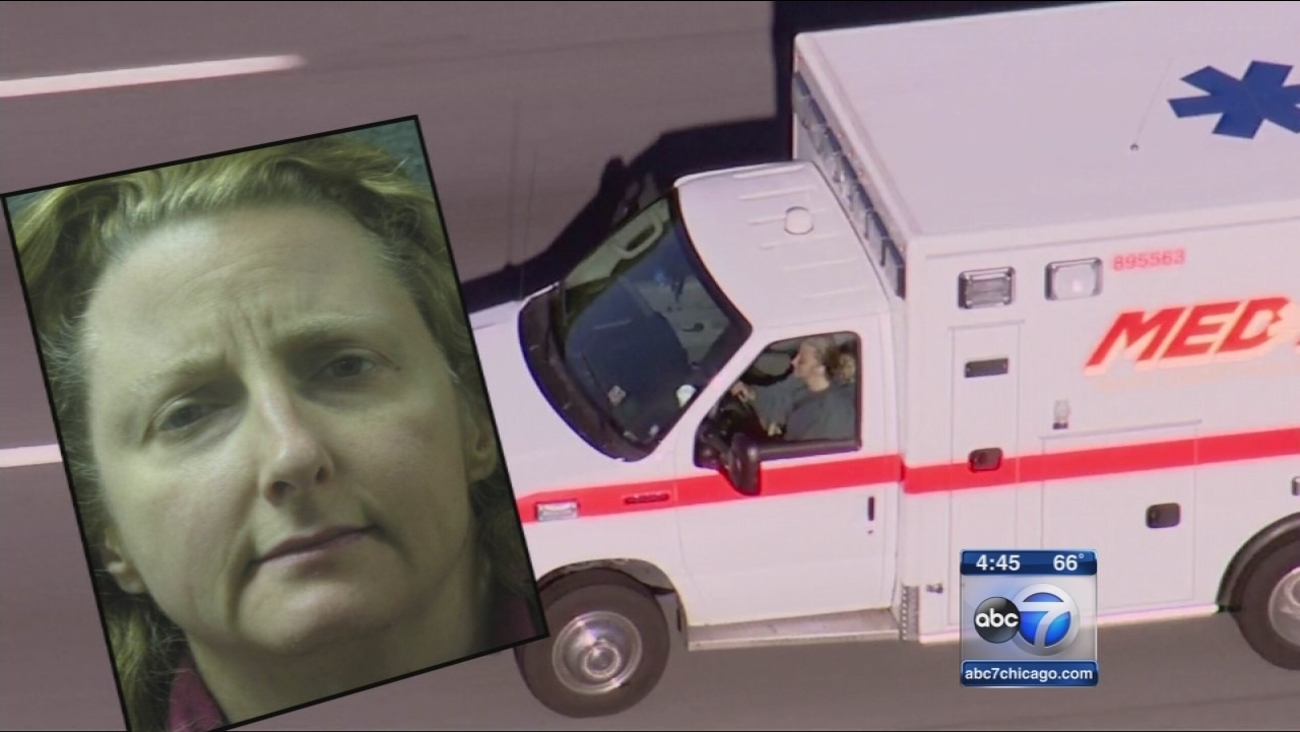 A woman is in custody after an ambulance chase that stretched from Chicago to Hillside to Alsip. (WLS)

ALSIP, Ill. (WLS) -- The woman who stole an ambulance and led police on a chase through Chicago and several suburbs in June was sentenced to 24 months of probation on Friday.

A 43-year-old woman was charged June 7 after an ambulance chase that stretched from Chicago to Hillside to Alsip.

According to authorities, the private ambulance was reported stolen around 6:45 a.m. that day from the UIC Medical Center ER bay in the 1700-block of West Taylor Street.

Medical Express Ambulance Service owns the ambulance that was stolen. The ambulance is back in service.