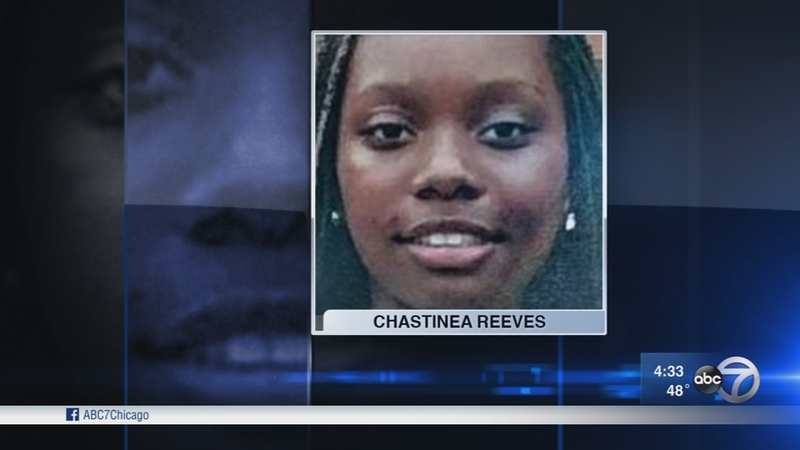 GARY, Ind. (WLS) -- A 15-year-old girl who was the subject of an Amber Alert was found safe Tuesday afternoon in Gary, police said.

Chastinea Reeves was located at about 2:30 p.m., about a day after the Indiana State Police issued the Amber Alert. Police did not disclose further details, including where she was found or who was with her. They also did not say what information led detectives to her location.

Police did reveal that Reeves' mother was murdered prior to her going missing. At about 2 a.m. Monday, she and her younger sister went to their aunt's home in a Gary housing complex in the 2000-block of Maine Street after her mother was killed.

"Two children came to my door a little after 2 a.m. and they said someone had come in, somebody had did something to their mom," said aunt Kelli McMillan. "She run out the back door when the police come."

Police did not give further information about the mother's murder, but said an investigation is ongoing.

Earlier, a memorial was set up outside the aunt's home.

"The next morning, when I was getting my children off to school, that's when everyone was saying they found her dead in her home," said Sharmalisa Anderson, who lives nearby. "I knew her, and that's really sad. She also has a 4 year old. I've known her for a long time. She didn't deserve that. No matter who did it, she didn't deserve that."