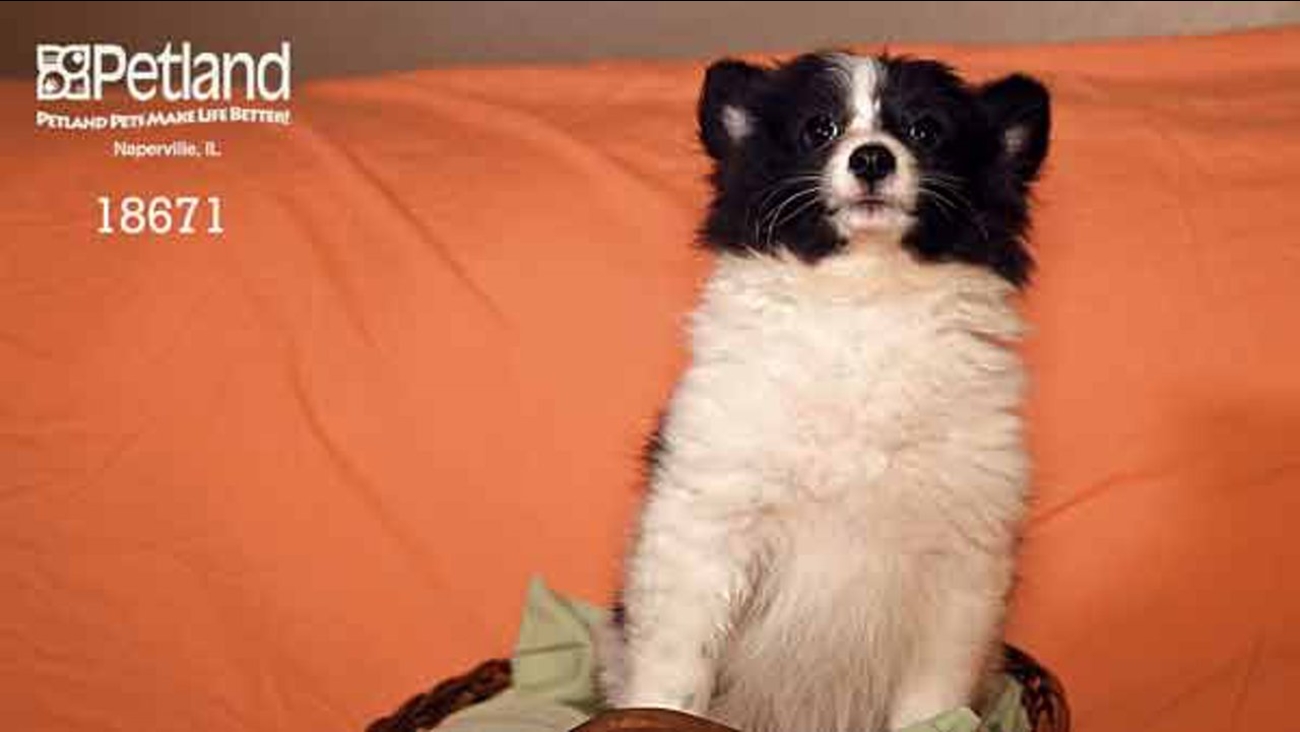 NAPERVILLE, Ill. (WLS) -- Naperville Crime Stoppers are offering a $1,000 reward for information leading to the safe return of a 10-week-old Pomeranian puppy that was stolen from a Petland store earlier this week.

Anyone with information about the location of the puppy are urged to contact Crime Stoppers at 630-420-6006 or can contact them through their website at napervillecrimestoppers.com.
Related topics:
napervilleauroratheftdogs stolenpuppy
Copyright © 2021 WLS-TV. All Rights Reserved.
RELATED