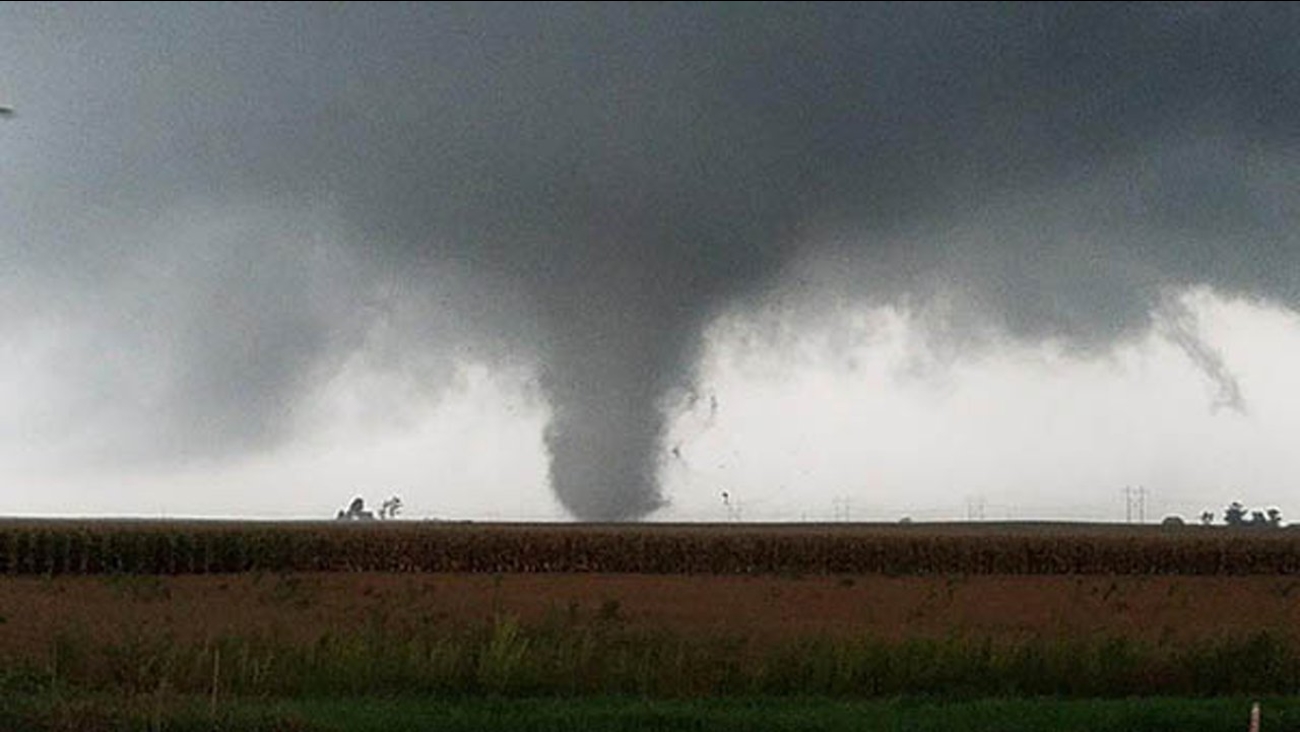 CHICAGO (WLS) -- Tornadoes have been reported in southern and southeastern Illinois, mostly over open land but with some damage reported in Homer, Ill., southeast of Champaign.

A tornado was reported over open land near Sidney around 6:30 p.m. Another tornado was seen on the ground in Homer around 7 p.m.