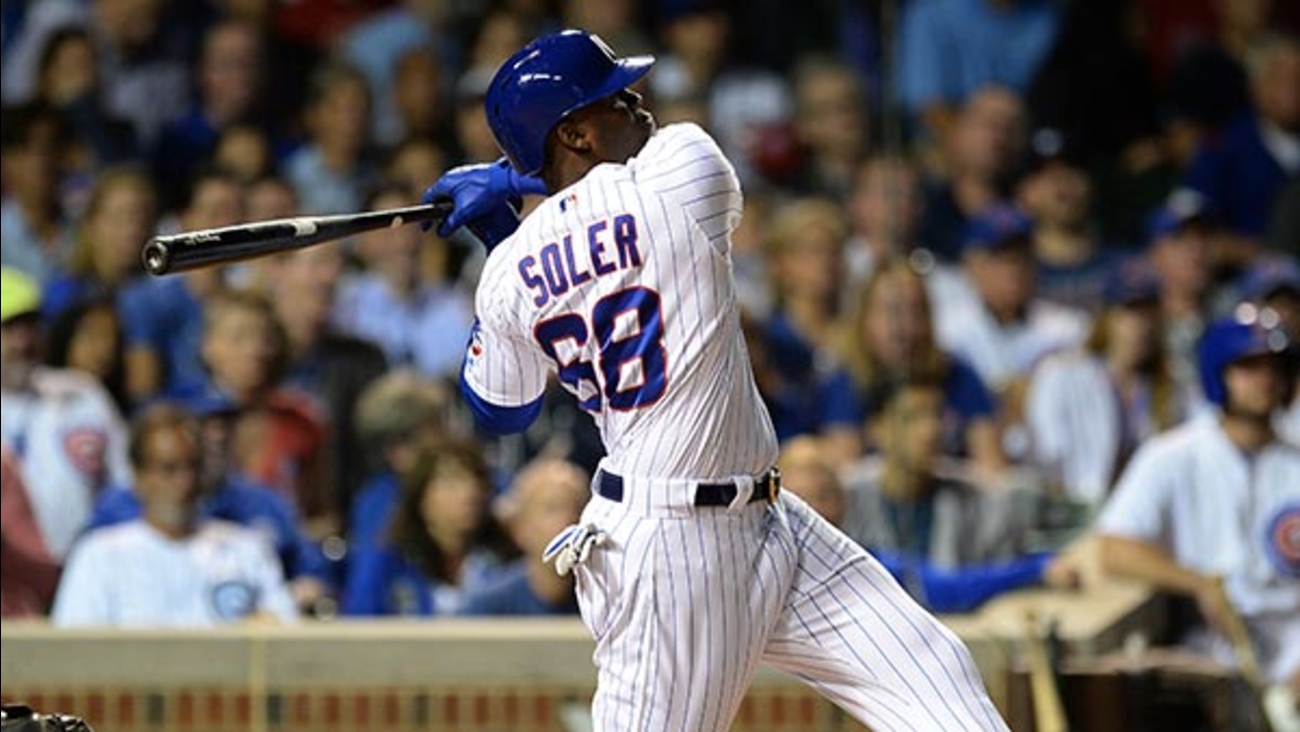 Chicago Cubs' Jorge Soler watches his two-run home run during the second inning of a baseball game against the Milwaukee Brewers on Thursday, Sept. 15, 2016, in Chicago. (AP Photo/Paul Beaty)

"I think it'll happen. Against the Brewers, I think we've got a good shot, yeah," said fan Cody Noyes.
Outside Wrigley Field, it feels like a playoff game. The Cubs faithful are soaking it up with ticket in hand. Chad Peery traveled all the way from Oklahoma.