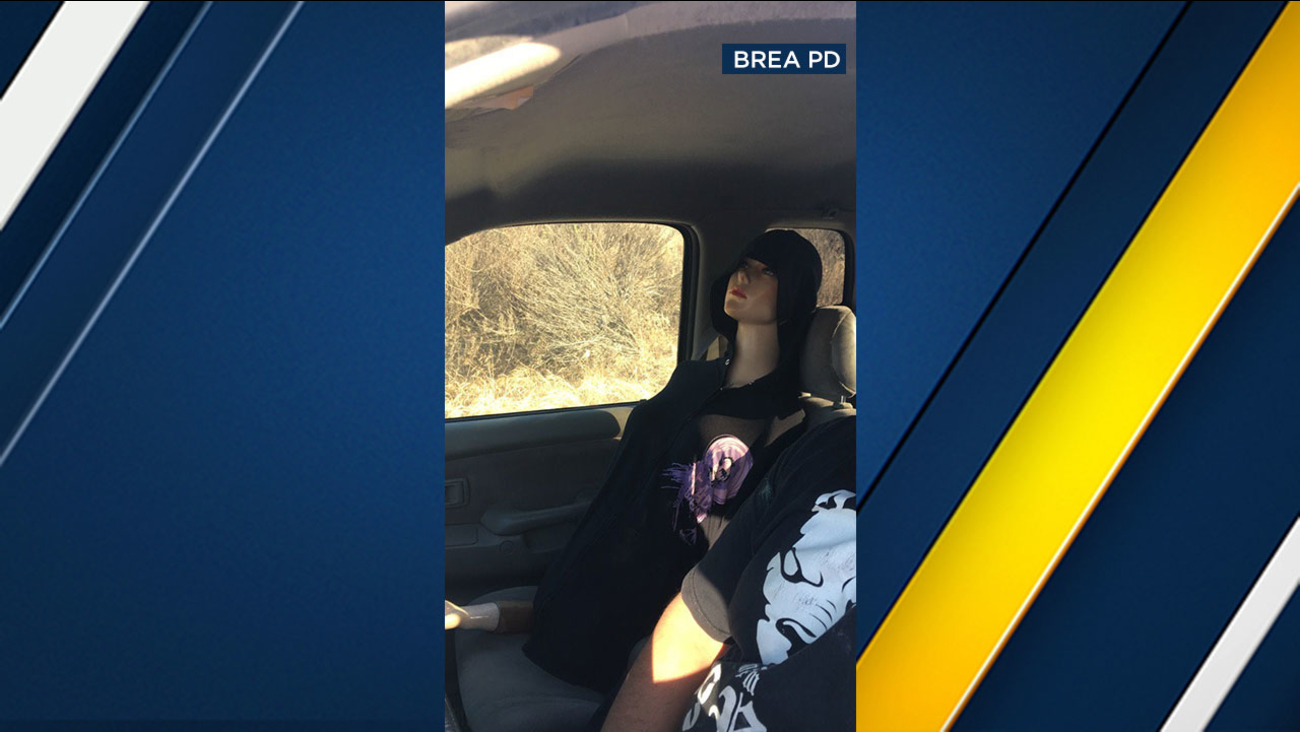 Brea police recently pulled over a man with a mannequin in his passenger seat for a carpool lane violation on the 55 Freeway. (Brea Police Dept.)

BREA, Calif. -- One carpool lane violator must have felt like a dummy when he was pulled over recently by police.

In heavy traffic Wednesday evening, a pickup truck pulled out suddenly from the carpool lane on the northbound 57 Freeway close to a Brea, Calif., officer on a motorcycle.

The officer pulled up to the driver's open window to warn him about being more careful when changing lanes.

That's when the cop noticed something funny.

The "passenger" in the man's vehicle was actually a female mannequin in a hoodie, placed there to apparently let him fake his way into the carpool lane on a regular basis.

The driver admitted he had been using the mannequin for a while, Brea police said, and now he would just have to resign himself to sitting in traffic like everyone else.

He was issued a citation for a carpool lane violation.