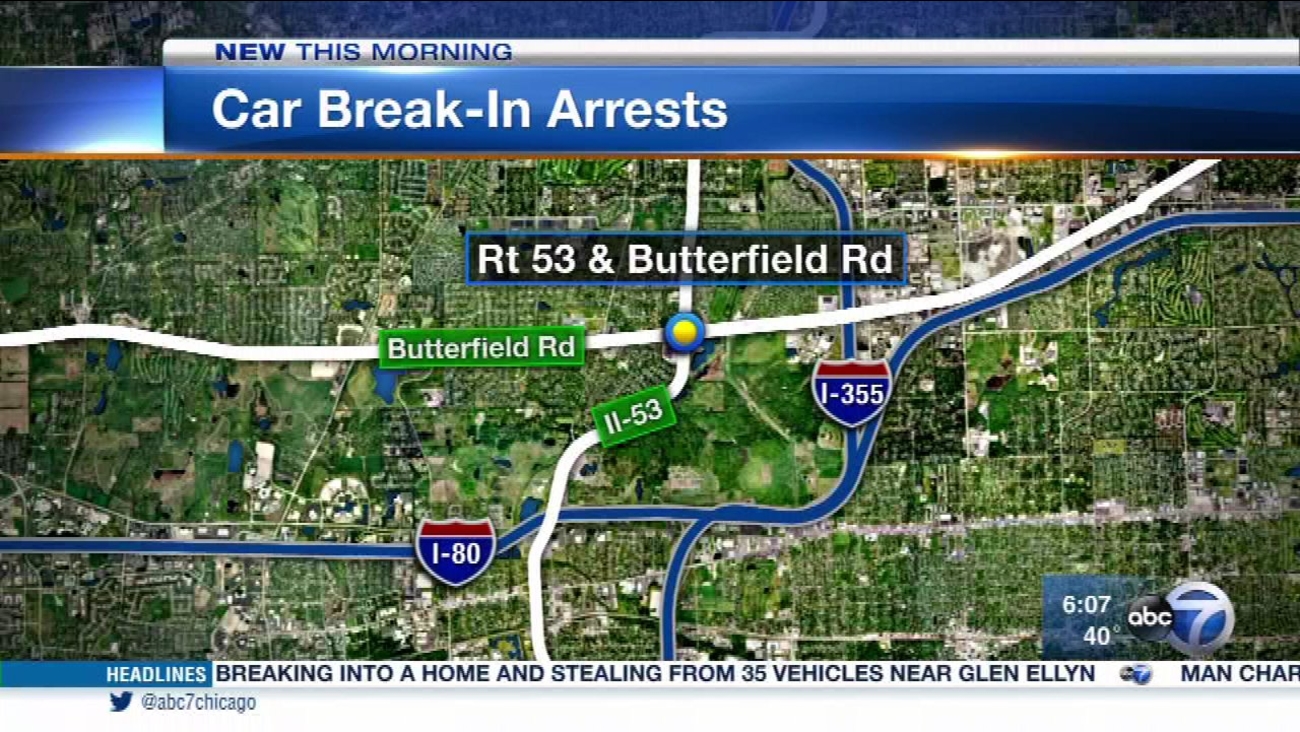 GLEN ELLYN, Ill. (WLS) -- Five teens were arrested in connection with a home-break in and 35 car burglaries in west suburban Glen Ellyn.

The crime spree started early Monday morning in unincorporated Glen Ellyn, near Route 53 and Butterfield Road. Police responded to a report of a burglary in progress around 3 a.m. Officers found a stolen vehicle in the area.

The DuPage County Sheriff's Department received reports of the other 35 incidents over the course of the day.

Authorities said the suspects were identified as members of a "burglary crew" operating out of Chicago. Investigators said the juveniles admitted to stealing a vehicle in Chicago and driving out to DuPage County for the break-ins.

One teen was charged with residential burglary, a felony.