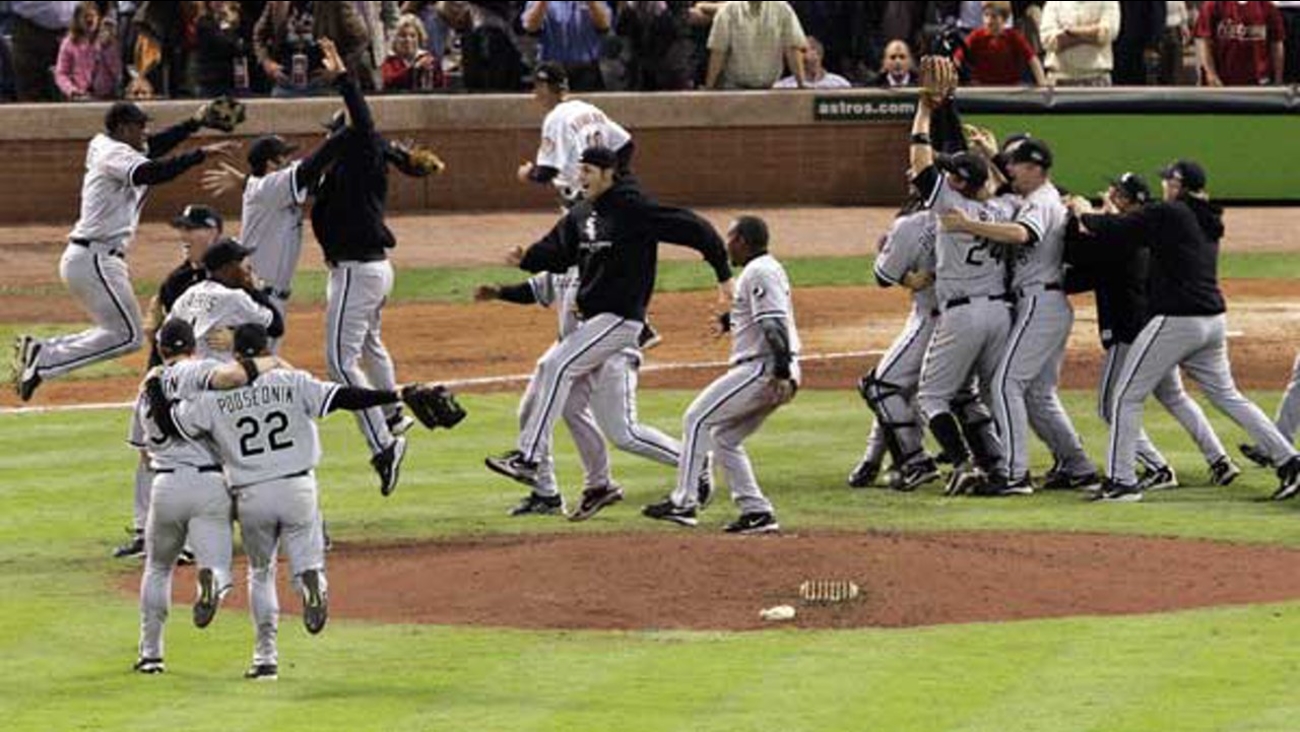 The Chicago White Sox celebrate after sweeping the Houston Astros with a 1-0 win in Game 4 to win the World Series Wednesday, Oct. 26, 2005 in Houston. (AP Photo/Amy Sancetta)

CHICAGO (WLS) -- The World Series hype around the Chicago Cubs is rampant in the Windy City. But it's time to give some love to their crosstown rivals. On this date 11 years ago, the Chicago White Sox won the World Series for the first time in 88 years.

Jermaine Dye singled home the only run in the eighth and the White Sox took the title with a 1-0 win. Chicago's sweep, its eighth straight postseason win and 16th in 17 games overall, made the White Sox the second team to go through the postseason 11-1 since the extra round of playoffs was added in 1995, joining the 1999 Yankees.

The White Sox have shown some serious class in the last week. Although they're rivals, the team sent well wishes to the Cubs during Game 1 of this year's World Series.