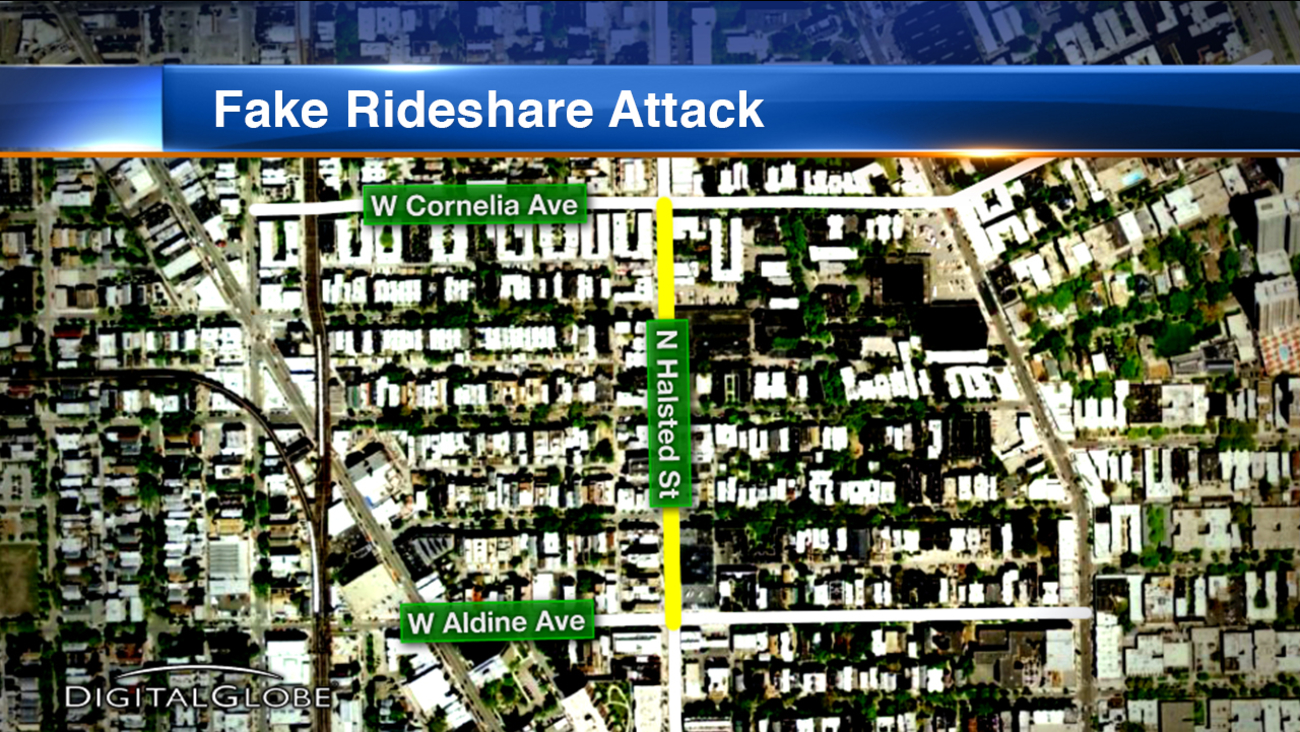 WLS
CHICAGO (WLS) -- A 21-year-old woman was sexually assaulted early Sunday after she was picked up by a man posing as a ride-share driver in Chicago's Lakeview neighborhood, police said.

The woman ordered a ride from a ride-share app to around the 3400-block of North Halsted Street at about 2 a.m., police said.

An unknown man picked her up and dropped her off at her destination. However, the driver lured her back into the vehicle by convincing her that she forgot something, police said.

The offender then drove off and sexually assaulted her in the rear seat of the vehicle.

The offender is described as 40-45 years old and about 300 pounds. He has a tan complexion, round face with white stubbly beard, bushy black eyebrows and short

black hair. Police said the man was last seen wearing a black windbreaker and had a heavy accent.

The offender's vehicle is described as a small four-door, possibly a Toyota Camry or Corolla, and beige/tan or white. The vehicle was an older model, perhaps made between 1995 and 2005.
Related topics:
lakeview
Copyright © 2021 WLS-TV. All Rights Reserved.
More Videos
From CNN Newsource affiliates
TOP STORIES