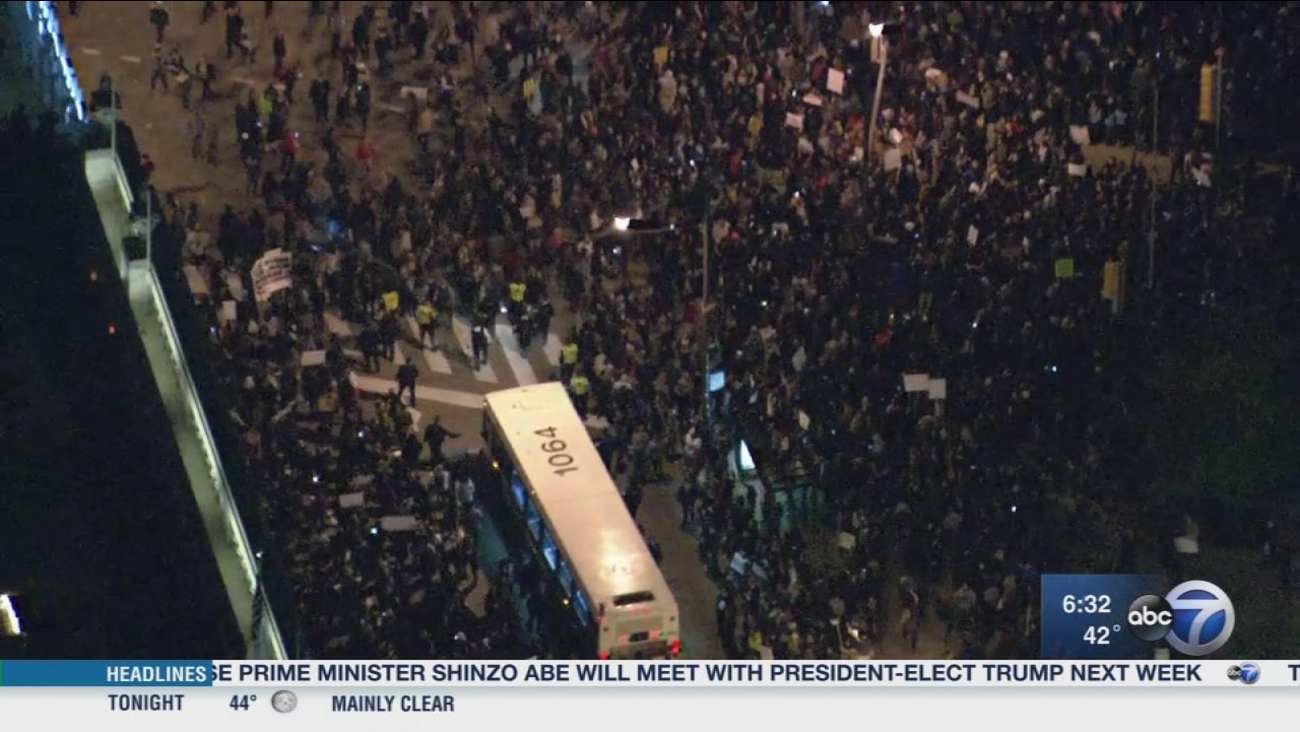 Five people were arrested during a protest against President-elect Donald Trump in Chicago. (WLS)

CHICAGO (WLS) -- People upset by the idea of Donald Trump's presidency filled the streets Wednesday in cities across America. They burned flags, climbed buildings and screamed expletives. Some protests didn't wrap up until early Thursday morning. 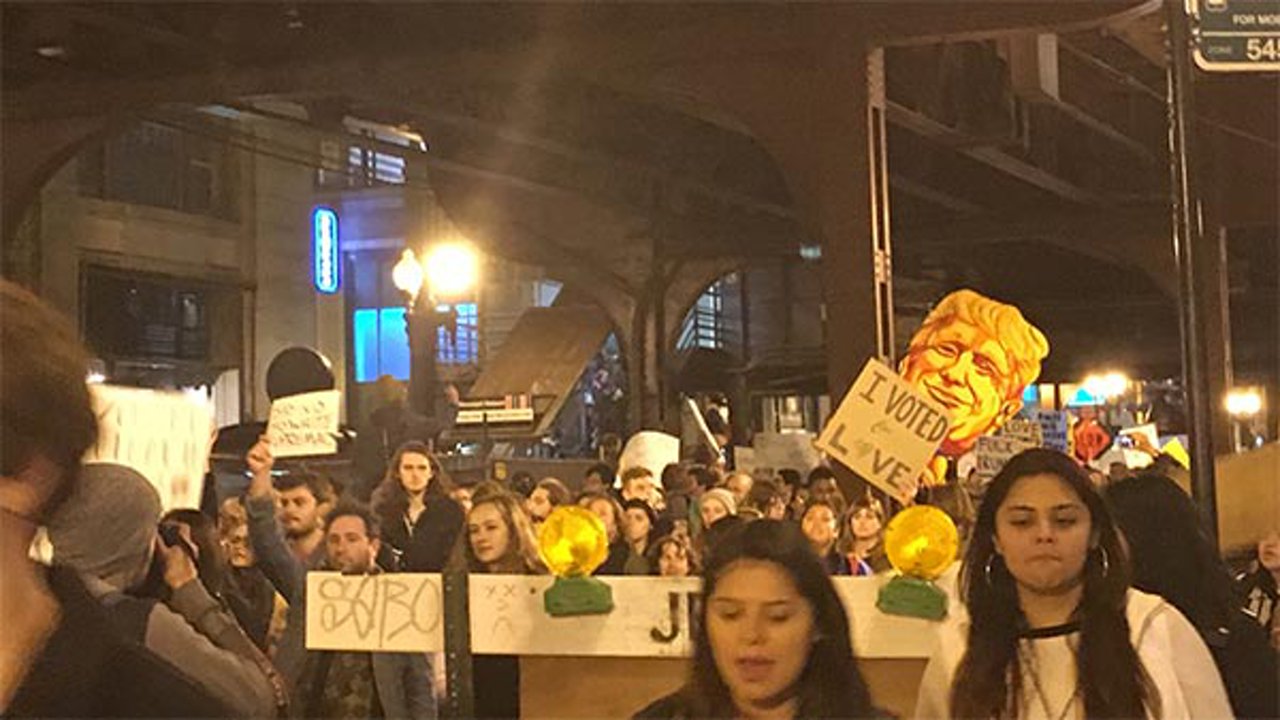