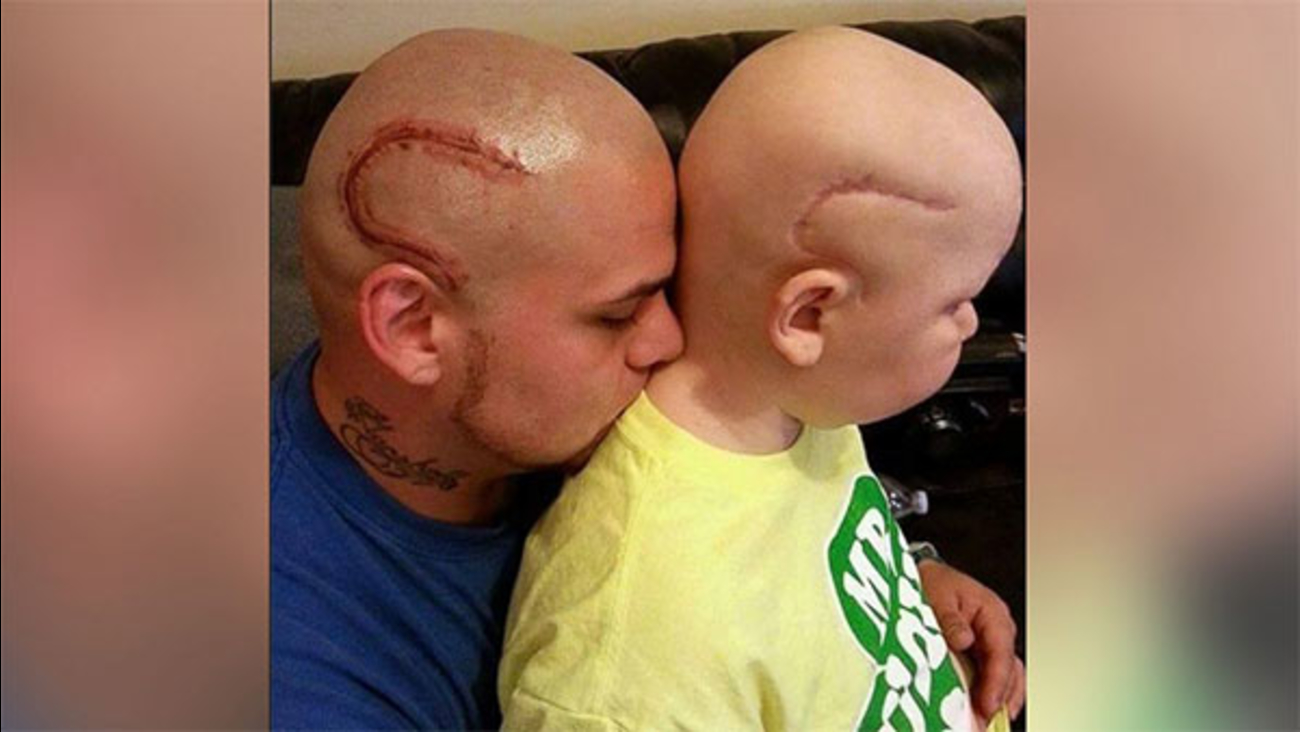 By CNN
In June, a young boy named Gabe received life-saving brain surgery. But he felt self-conscious about the horseshoe-shaped scar that was left behind.

His dad, realizing the impact it was having on Gabe, got a tattoo on his head to match his son's incision.

Both bald, dad and son held strong. Now, six months later, the two must be stronger than ever: Gabe's brain cancer is back.

"Pretty much we were told that the tumor is becoming more active," Gabe's dad Josh Marshall told CNN affiliate KWCH. "Because of the location that it's at, it's inoperable."

Marshall says the painful experience has been a roller coaster ride -- ineffable even.

"The not knowing is what really hurts," he told the station.

But for the young boy, there are no what if's. He's knows what he needs to do in order to fight the cancer again.

Back over the summer, the father and son won a contest sponsored by the St. Baldrick's Foundation, a childhood cancer charity.

"Got my son's scar tattooed to help his self-confidence," Marshall wrote with his photo submission at the time.

The father was hopeful then, just as he is now.

"He is my superhero," Marshall says of his son. "He has (shown) me what life really is about and how to cherish the most out of everything," he told KWCH Thursday.

Who would have thought six months ago, that Gabe would be the one keeping his dad together as they face their toughest fight yet. 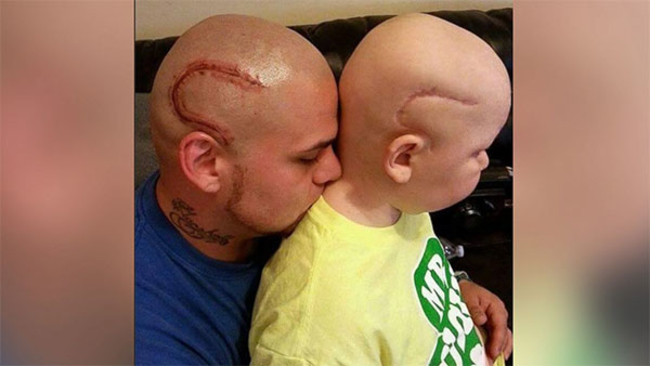