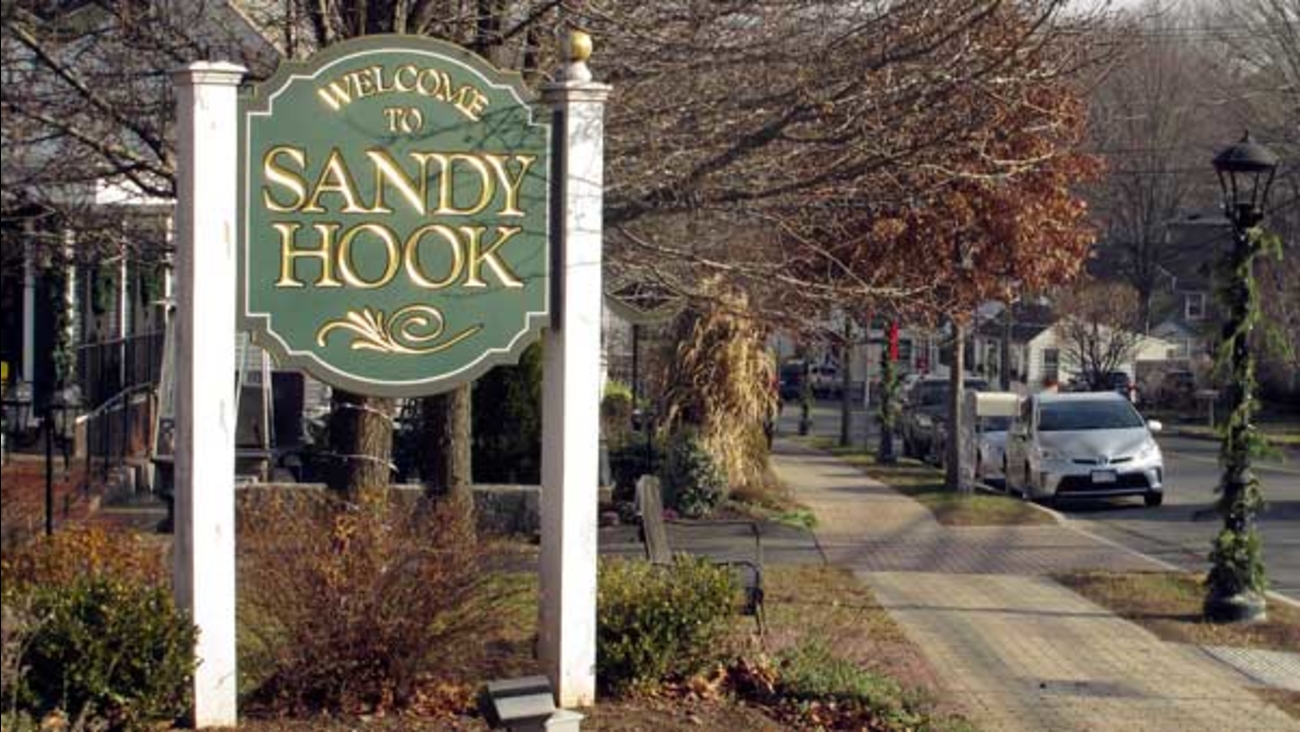 In this Friday, Dec. 11, 2015 photo, a sign welcomes people to the village of Sandy Hook in Newtown, Conn. (AP Photo/Dave Collins)

FORT LAUDERDALE, Fla. -- A Florida woman accused of threatening the parent of a boy killed in the Sandy Hook school shooting because she thought it was a hoax pleaded not guilty and was barred from visiting websites that promote such false conspiracy theories.

On Monday 57-year-old Lucy Richards entered her plea in Fort Lauderdale federal court, and a public defender was appointed to represent her.

Richard was arrested Dec. 7 in Tampa on four felony counts of transmitting threats to Lenny Pozner, father of 6-year-old Noah Pozner who died in the 2012 mass shooting in Newtown, Connecticut.

The Richards case is being prosecuted in Fort Lauderdale.

Others linked to the Sandy Hook massacre have reported harassment by conspiracy theorists who argue the event was staged to erode support for Second Amendment gun rights.

Richards arrived at the Broward County courthouse using a walker. Richards told Judge Barry Seltzer that she is on disability and hasn't worked since 2004. Her trial is expected to begin in a month.