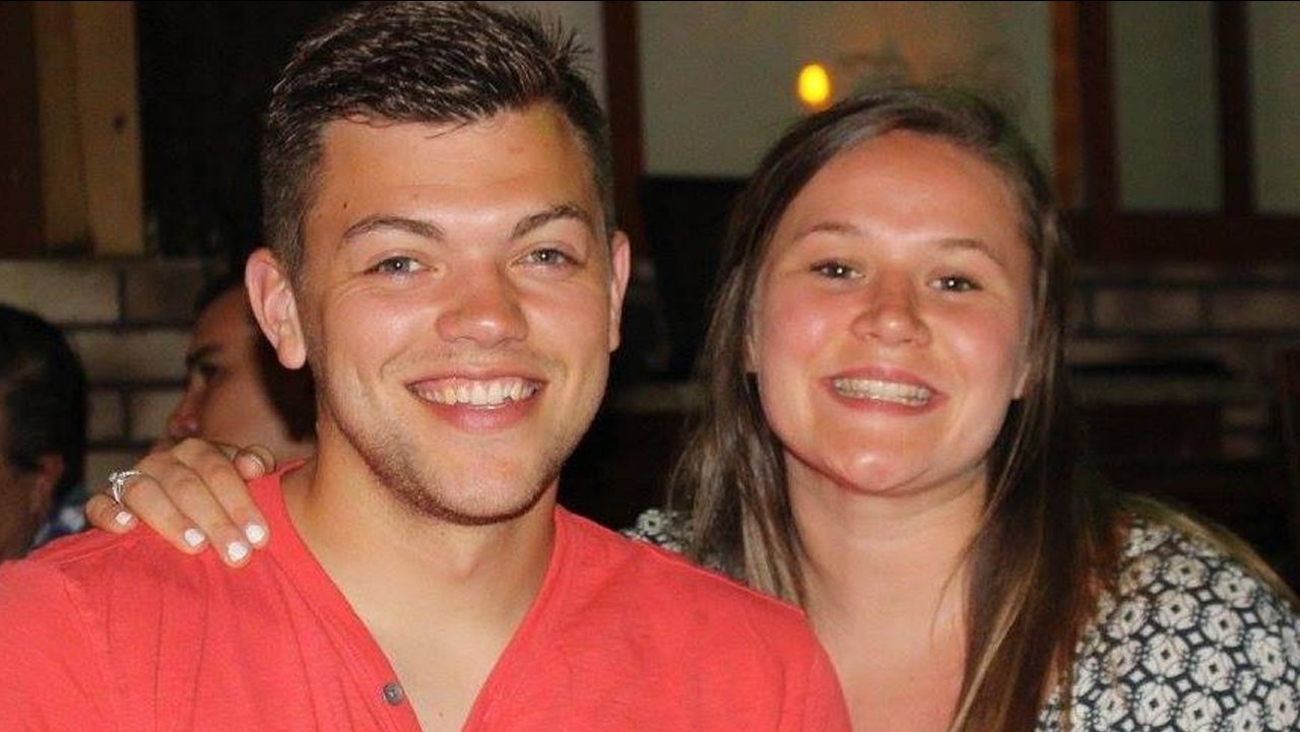 NEW YORK -- A tourist visiting New York City proposed to his girlfriend in Central Park and then was attacked by a knife-wielding man a day later, authorities say.

The stabbing happened around 1:45 a.m. Sunday near the intersection of East 46th Street and Madison Avenue in Midtown Manhattan.

Officials say 23-year-old Connor Rasmussen, of Puyallup, Washington, was wandering through the area with a female friend, when a man approached them and told Rasmussen to stop.

The man then stabbed Rasmussen in the back of the neck, leaving the knife in him.

The woman with Rasmussen was a friend of his fiancee.

The bride-to-be's grandmother, Linda Colon, told sister station WABC the attacker came out from a dark place and is believed to have gone after Rasmussen because he was carrying his friend's belongings; they think the suspect wanted to take that from Rasmussen.

After the stabbing, Rasmussen told his friend to run. She did. The attacker took off, too.

Rasmussen was able to run and catch up with his friends. That's when the knife fell out of his back. He gave it to officers when they arrived.

While he popped the question, the rest of their families were hiding behind a big rock.

"When she came up and saw him, she was in total shock. She hadn't seen us. We all came out from behind the photographer because she was just staring at him. then she turned around and saw all of us, she just lost it. it was a really really wonderful surprise," Colon said.

Here's a photo of the engagement as it happened:

The whole NYC experience provided the family with a roller coaster of emotions.

The couple has since returned home to Washington.