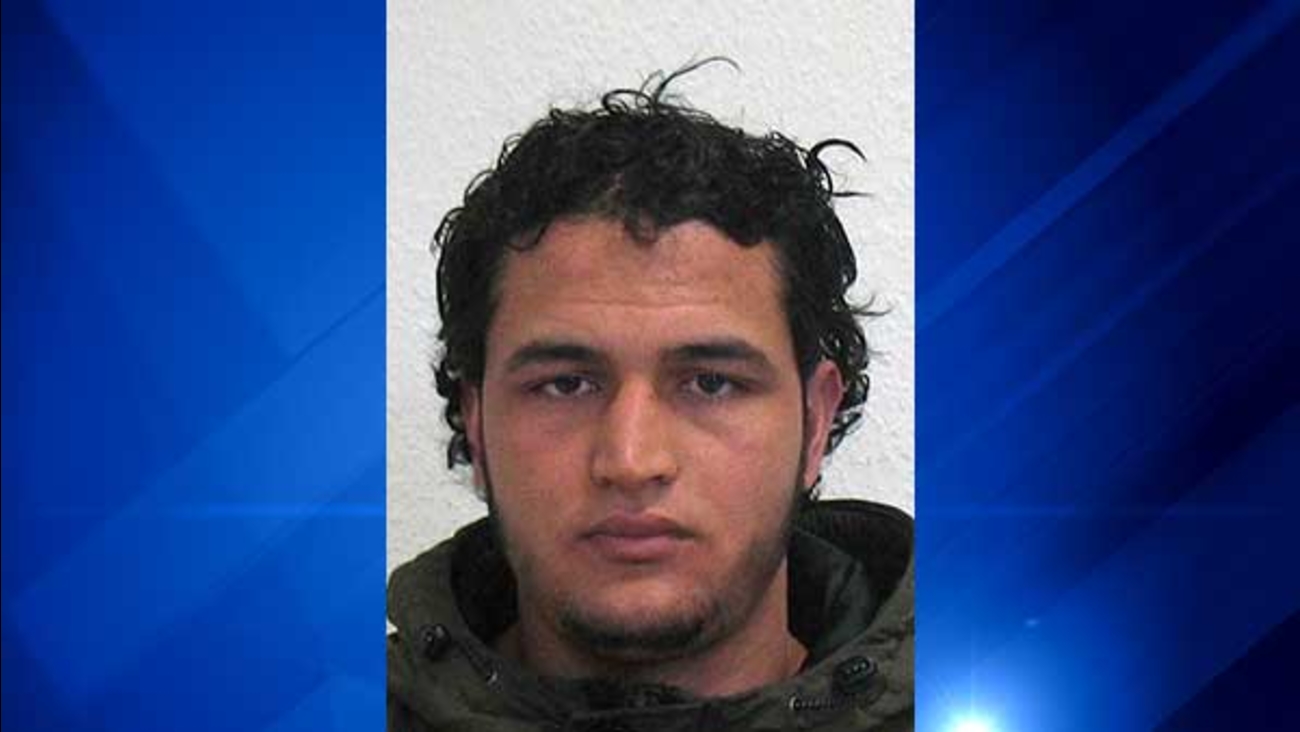 The wanted photo issued by German federal police shows 24-year-old Tunisian Anis Amri who is suspected of being involved in Christmas market attack in Berlin. (German Federal Police via the Associated Press.)

By CNN
MILAN, Italy -- The nephew of Anis Amri, the man suspected of being responsible for the attack on a Berlin Christmas market, has been arrested in Tunisia, the country's Interior Ministry said Saturday.

He is one of three men being held in prison on "suspicion of belonging to a terrorist organization and connections with terrorist offenses," according to the ministry.

A statement from the ministry said Amri and his nephew had communicated with each other via the Telegram app, an encrypted messaging service.

Amri asked the nephew to pledge allegiance to ISIS, the ministry said, citing a confession from the nephew. The statement did not name the nephew.

The ministry also said Amri was in touch with his nephew and sent him money through a third party after asking him to join the "Abu Al Wala" cell operating for ISIS in Germany.

According to TAP, a Tunisian state-run news agency, the three men are between 18 and 27.

Earlier Saturday, a senior Italian counterterrorism official told CNN's Nina dos Santos "had all the hallmarks of being on the run alone" when he was killed in a shootout with two Italian police officers in Milan on Friday.

Amri appeared to have packed hastily and was carrying just over 1,000 euros with him.

Amri, who the official said was "wearing three pairs of trousers on top of each other," had no cellphone, no ID and had just a toothbrush and shaving foam in his backpack.

The subject of a Europe-wide manhunt since Monday's fatal market attack, Amri was stopped in Sesto San Giovanni, a district in the northeastern part of Milan, just after 3 a.m. local time, Italian police said on Twitter.

A video released on ISIS-affiliated website Amaq shows Amri pledging allegiance to the group's leader, Abu Bakr al-Baghdadi, and vowing that "we will slaughter" the "crusaders who are shelling the Muslims every day."

He does not refer to Monday's attack that left 12 dead and injured 48, and it's not clear when or where the video was recorded.

Italian investigators are still assessing whether Amri acted alone or had accomplices.

The encounter that led to Amri's death began when Italian police asked for his papers. When that happened, Amri pulled a .22-caliber gun out of his backpack and fired at them, police said.

The driver of the police car returned fire, killing the 24-year-old suspect. A police officer, Cristian Morio, was shot in the encounter and is recovering in the hospital. A second officer, Luca Scata, was unharmed.

Amri shouted, "Bastard cops," before he was killed, according to Milan police Chief Antonio De Iesu.

At a news conference, Italian Interior Minister Marco Minniti said the slain man was Amri "without any doubt." The Tunisian had previously lived in Italy.

The officers were not searching for him but stopped Amri as part of normal patrol operations, De Iesu said.

Nobody had alerted the police to Amri's presence in the city.

A spokeswoman for the French anti-terrorism prosecutor's office, Agnes Thibault Lecuivre, could not confirm the report, telling CNN the investigation was ongoing.

If he did travel from France, Amri would have passed through at least two European borders after fleeing Berlin.

German officials are working to determine whether Amri had a network of people helping him flee to Italy, German federal prosecutor Peter Frank said.

Amri was considered to be one of the most dangerous Islamists in the country for months before Monday's attack, according to German intelligence officials.

In March, he was put on a German security services list of dangerous people, which currently includes 549 individuals, the officials said.

German Chancellor Angela Merkel said in a press conference that government ministers will be assessing what security measures need to be adapted in the wake of this week's attack.

Merkel said she had spoken to Tunisian President Beji Caid Essebsi about speeding up the process of returning Tunisians living in Germany illegally.

Without identification, Amri entered Italy in February 2011 and claimed to be a 17-year-old minor, a spokesman for the Italian state police, Mario Viola, told CNN earlier this week.

While in Italy, he served four years in prison after being involved in an arson attack on a school, his father told Tunisian radio.

Viola said that Amri's jail term for damaging state property, assault and arson at the Lampedusa refugee center began in late 2011. He was released in May 2015.

Italian authorities ordered his deportation, but Tunisian authorities wouldn't accept the request on the grounds of a lack of proper documentation, Viola said.

At that point, Italian authorities told Amri to leave the country, and officials lost track of him.

Amri was "not suspected" of terrorism at the time and was considered a "petty criminal," Viola said. The Tunisian came to Italy at the same time as thousands of others amid the turmoil of the Arab Spring, he said.

He left for Germany more than a year ago.

How the manhunt unfolded

Amri's fingerprints were found in the cabin of the truck used in Monday's attack, and German authorities are investigating whether the gun Amri used Friday was the same one in the shooting death of the truck's Polish driver.

The slain driver may have been involved in a struggle with Amri before being shot.

German authorities initially detained a Pakistani asylum seeker in connection with the Christmas market attack, but he was later released and a search began for Amri.

According to German investigative files obtained by CNN, Amri had ties to an ISIS recruitment network in Germany and had previously discussed launching an attack there.

Amri's mother: 'I want the truth'

Amri's mother, Nour Elhouda Hassani, said her son called last Friday to catch up and that nothing had struck her as odd.

"All we talked about was how are you and how is everything. I did not notice anything strange about him," she said, speaking to CNN exclusively from her family's home in the small Tunisian town of Oueslatia. "When he calls me, he was playful and always laughing. He was not an extremist, he was like all young men around here. He always went out and drank alcohol."

She demanded answers about his death.