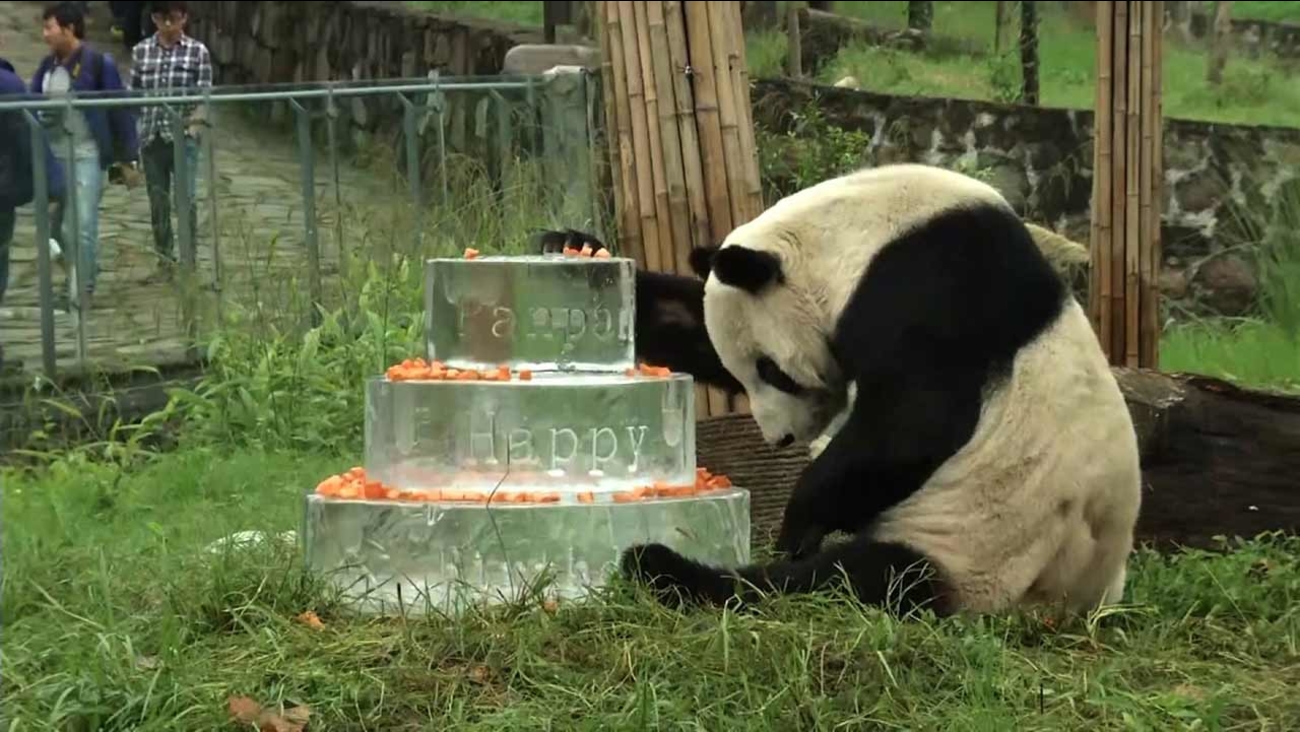 Pan Pan, the oldest male panda in the world, died early in the morning on Wednesday in China's Sichuan province. (CCTV/CNN Wire)

You may never have heard of him, but without this bear you might never have seen a panda in your local zoo.

Pan Pan, the oldest male panda in the world, died early in the morning on Wednesday in China's Sichuan province.

During his life, Pan Pan fathered more than 130 children and grandchildren, according to Chinese state media, making 25% of all pandas in captivity his descendents.

Keepers fondly remembered his "energy and vitality" in the 1990s, during which he fathered the first ever panda cub to survive in a captive breeding environment.

His family is now living in zoos across the world, from California in the United States to Chiang Mai in Thailand and even all the way in Edinburgh, Scotland.

Pan Pan was 31 years old when he died, the panda equivalent of over 100 human years.

Pandas are famously difficult to breed in captivity -- a female is fertile for no more than three days a year and a pregnancy can last up to 200 days.

Speaking to CNN, a spokesman for the Panda Conservation and Research Center in Sichuan, China said Pan Pan had been found in the wild, making him "wilder" than other pandas.

"He had a strong physique. Pan Pan was really fast and agile when he was young," he said.

In a post on their official Weibo in November, the China Panda Protection and Research Center said the whole panda research center had been having trouble with panda breeding when Pan Pan arrived.

"Pan Pan brought hope to the center. In a group of sluggish, feeble pandas, Pan Pan stood out. He was always full of energy and vitality."

The Center said Pan Pan had been in "full blossom" in the late 1990s, before eventually withdrawing from breeding due to his age.

"I heard old employees talk about Pan Pan -- how strong and virile he was. In the mating season, he was particularly excited and rugged, covered with hormones from top to bottom," the post said.

"He easily dominated the population."

In September 2016, it was announced giant pandas were no longer officially endangered as numbers increased.

The center's official Weibo account announced Pan Pan's death on Wednesday, describing the panda as a "hero father" of many.

"Pan Pan's health rapidly deteriorated. He lost his ability to move and hunt. The medical staff tried to rescue him but had no luck," the statement said.

"(Hopefully) he doesn't suffer from pain in heaven. May "Grand Pan" rest in peace."

China Conservation and Research Center for Giant Pandas keeper Tan Chengbin told Xinhua Pan Pan had been living with cancer and his health had "deteriorated" in the past three days.

His death comes less than two months after the world's oldest panda, a female named Jia Jia, passed away in Hong Kong at the age of 38.

Currently the oldest living panda is Basi, a female bear in Fujian who is 36 at present.