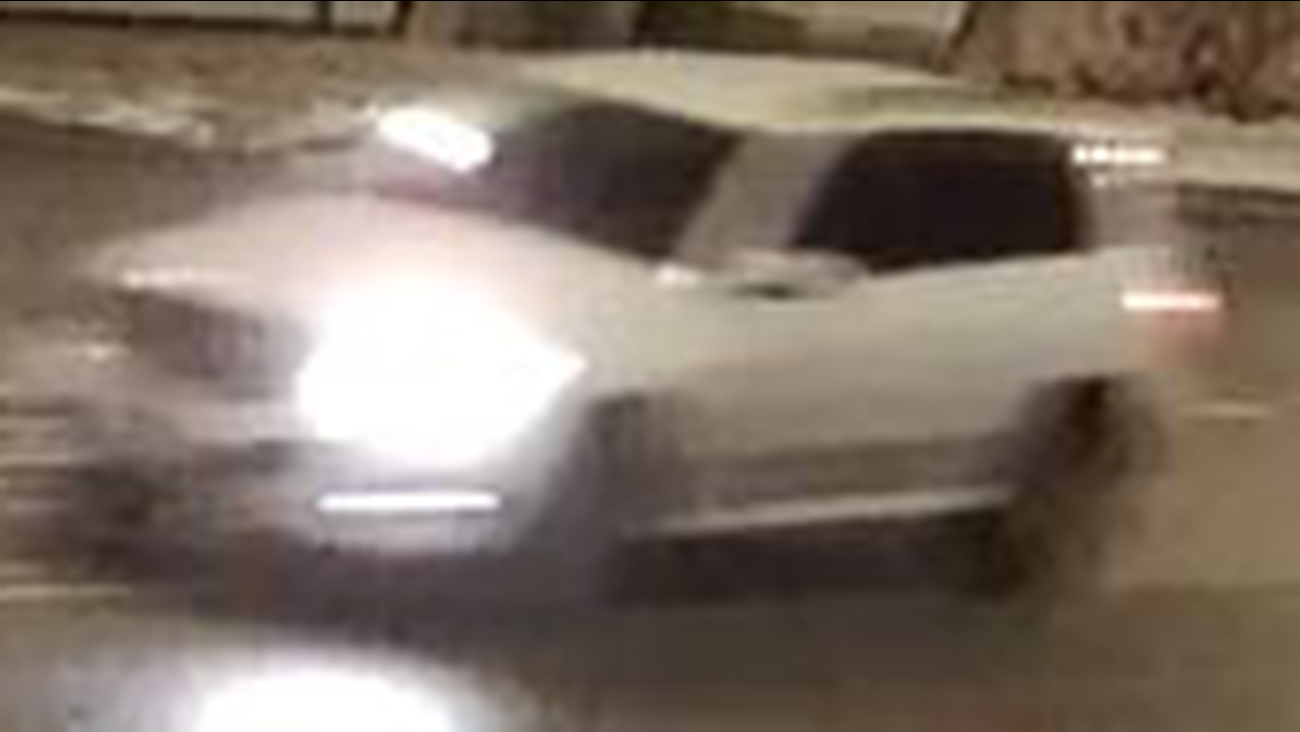 A surveillance image of a vehicle suspected in a fatal hit and run in the Englewood neighborhood last Monday. (Chicago police)

CHICAGO (WLS) -- A day after Chicago police released a surveillance image of a vehicle wanted in connection to a fatal hit-and-run in the Englewood neighborhood last Monday, the vehicle was located, police said Sunday.

A 21-year-old woman, identified as Shadara Sabria Muhammad, of Chicago, was crossing the street at 69th and Wentworth streets at about 10:05 p.m. when she was fatally struck, police said.

Police were looking for a white SUV, possibly a 2014 - 2016 Mercedes GLK 350, that has front end damage on the front of the passenger side.

Police did not say Sunday night whether a suspect was in custody.

An autopsy Wednesday did not rule on her cause and manner of death pending further investigation.

Anyone with information is asked to call the Chicago police Major Accident Investigation Unit at (312) 745-4521.