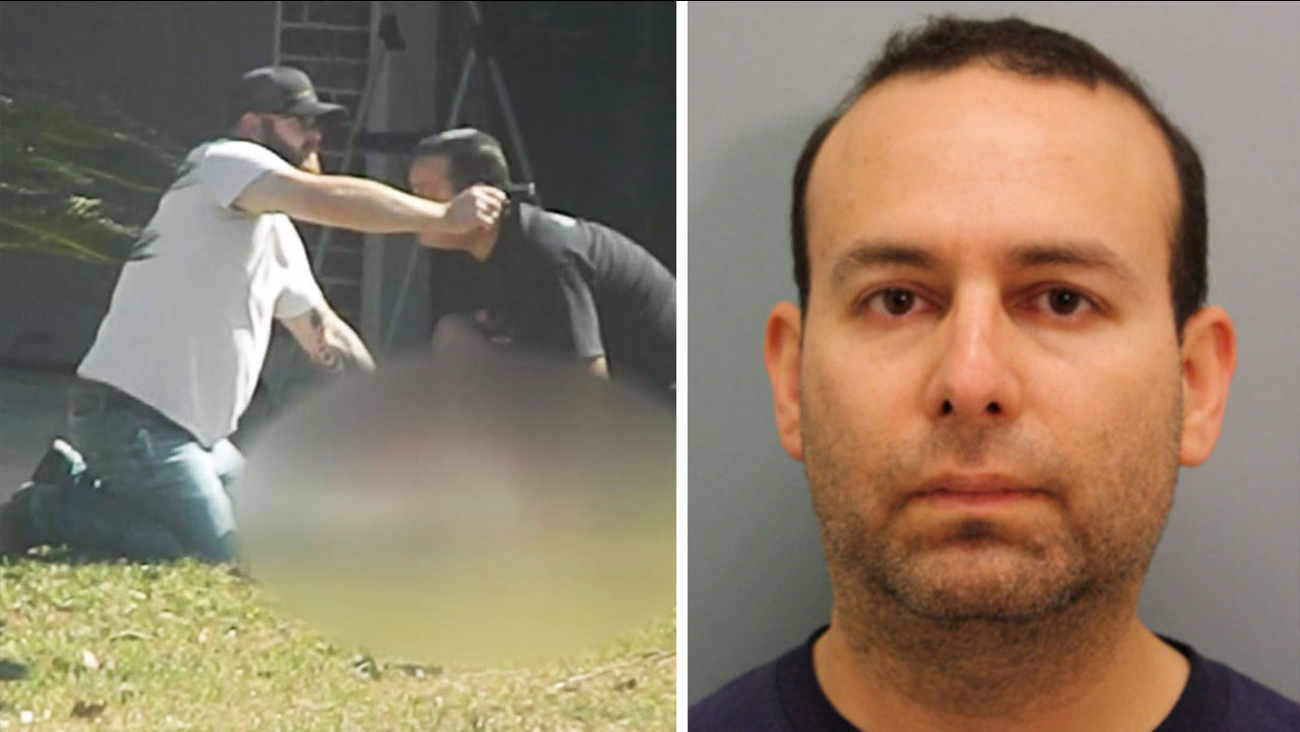 Hector Campos is accused of killing Ana Weed yesterday, gunning her down after she helped his estranged wife in their pending divorce and custody battle.

We are getting our first look at Campos this morning after his new mugshot was released.

Campos left jail after bonding out this morning. All this after neighbors witnessed this deadly shooting in Spring.

The aftermath of Weed's death was caught on camera, as a neighbor is seen crouching down, holding Campos at gunpoint until police could arrive.

So far, we know Campos and Weed got into an argument. He shot her once in the chest, killing her.

Neighbors believe the shooting was the end result of a fight over her dogs.

People who live nearby said this dispute was bubbling over for some time, and that there's history which suggests Campos is not the friendliest neighbor.

Foti Kallergis asked Campos about the divorce as he was walking out of jail and questioned if it had anything to do with the argument that led to Weed's death.

"Was your neighbor sticking up for your ex-wife in part of the divorce," Kallergis asked.

"You're telling me things that I don't know about," Campos said.

Campos' attorney said the public should not rush to judge him, and that their client is anxious to tell his side of the story.