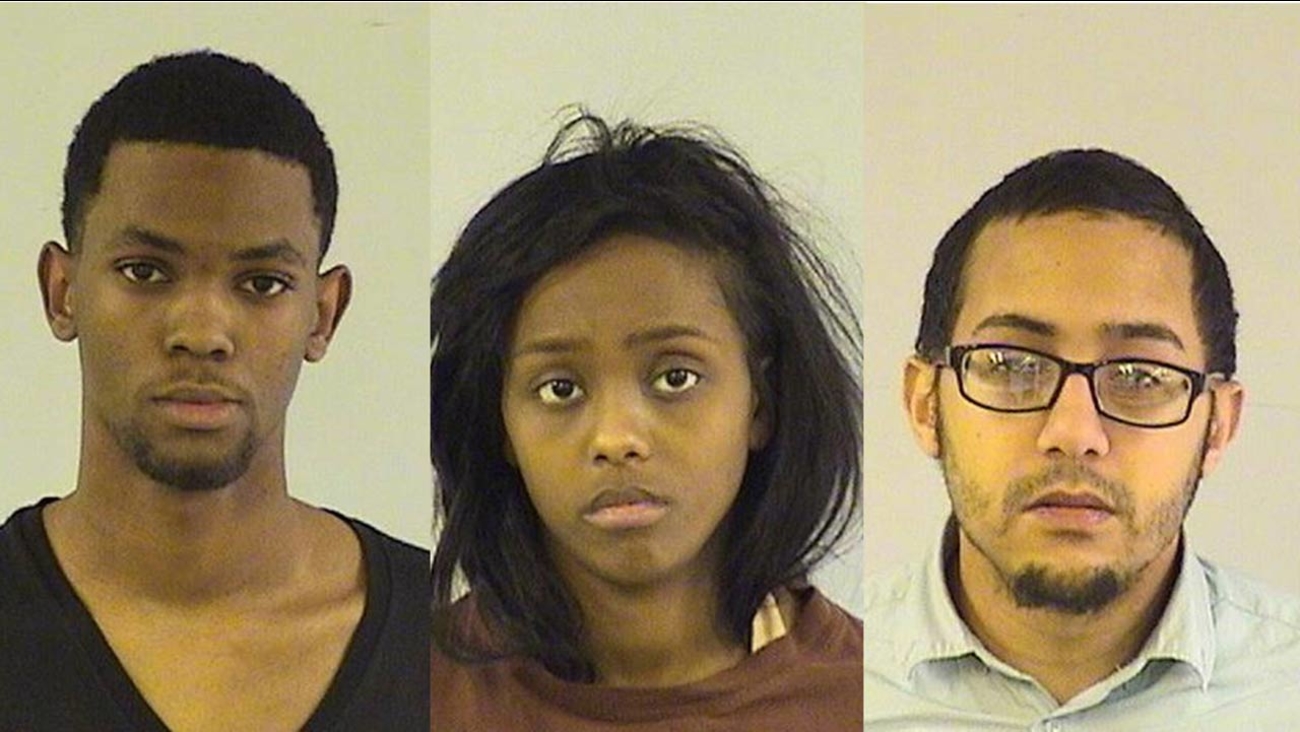 WLS
DEER PARK, Ill. (WLS) -- Three people have been arrested and charged in an identity theft scheme at an Apple Store in the northern suburbs.

Lake County Sheriff's deputies say they were called to the store in deer park three times because someone was trying to get access to other people's AT&T accounts.

Friday night, police said 35-year-old Alexander Soto, 35, of Yonkers, NY, 22-year-old Diamand Reid of Roseville, Mich. allegedly tried to purchase more than $3,000 worth of apple merchandise to be billed to the unauthorized accounts while at the Apple store.

Soto was charged with burglary, identity theft and retail theft. He is being held at Lake County Jail on $70,000 bail.

Reid was charged with burglary and identity theft and is being held on $60,000 bail.

At about 7 p.m. Saturday, police responded to the Deer Park Apple store for a third person attempting to frequently purchase items with someone else's identity.

Deputies arrested John Johnson, 18, of Ferndale, Mich., who has been charged with burglary and identity theft. He is being held in Lake County Jail on $100,000 bond.