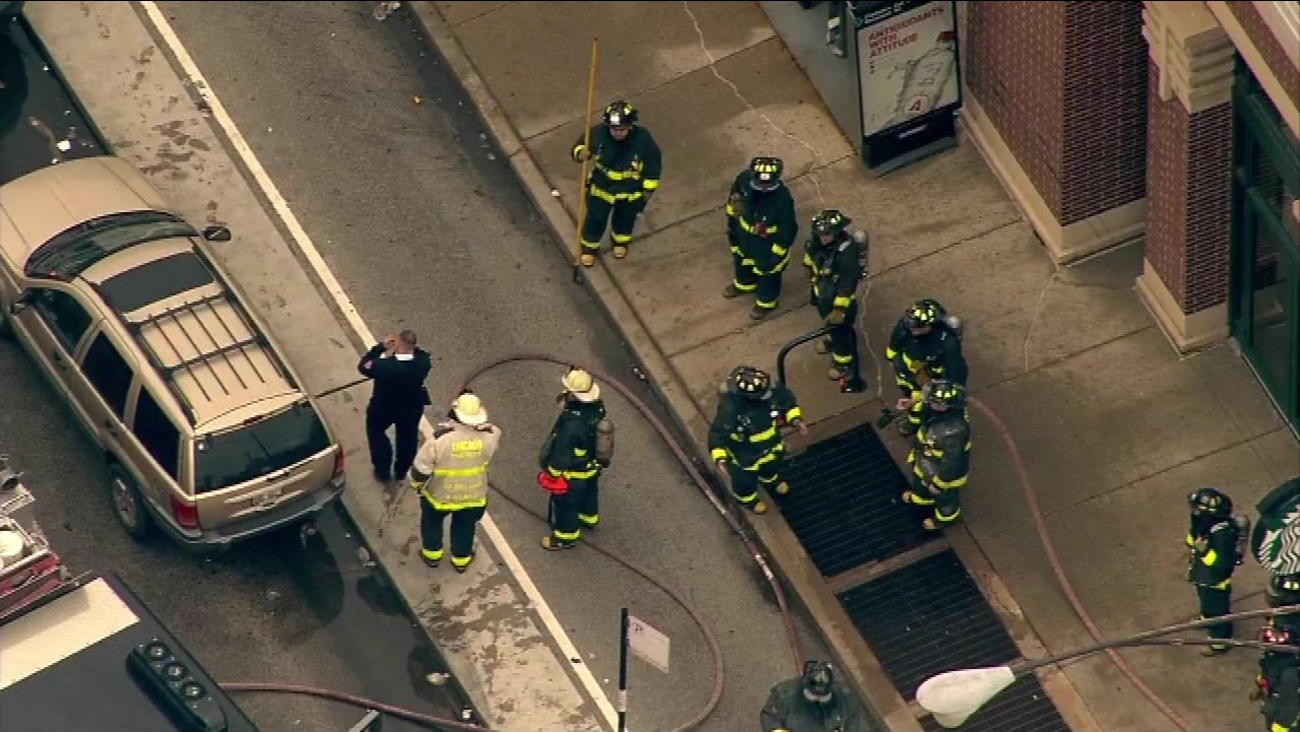 The Chicago Fire Department responded to a trash fire in a vent near the North/Clybourn Red Line station in the 1200-block of Clybourn.

CHICAGO (WLS) -- CTA Red Line trains were rerouted to elevated tracks between Fullerton and Cermak-Chinatown after smoke was reported in the subway on Chicago's Near North Side Tuesday morning.

The Chicago Fire Department said the smoke was caused by a trash fire along the tracks near the North/Clybourn Red Line station. Firefighters opened a vault in the 1200-block of Clybourn to clear the subway of smoke.

The fire department said all smoke has been cleared from the subway as of 12:15 p.m. No passengers had to be evacuated from trains and no injuries were reported.