Dog found with nose, ears cut off gets reconstructive surgery 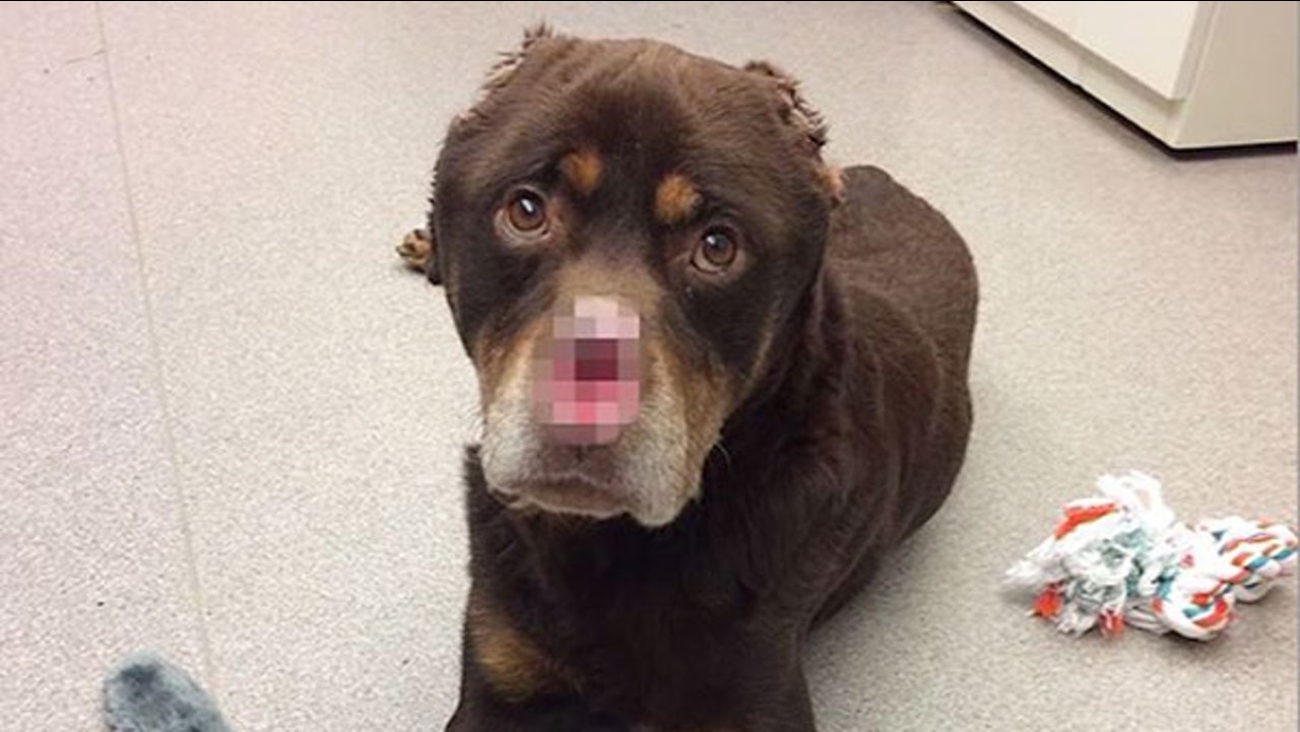 DETROIT (WLS) -- A Rottweiler who was brutally disfigured was given a second chance at life this week.

The dog was found Jan. 17 on Detroit's Southwest Side after a concerned citizen called the Michigan Humane Society. He was rushed the dog to the Mackey Center for Animal Care in Detroit and given the name Baron.

His nose and ears were viciously removed and had lacerations to his tail and back legs, the humane society said.

"It appears that someone purposely maimed this poor dog, which has caused it a great deal of suffering," said MHS' lead cruelty investigator Mark Ramos in a news release. "This kind of cruelty is unacceptable. We need to be a voice for these animals and as a community we need to speak through our strong actions to make sure this doesn't happen again. If you know anything about this case, call the MHS hotline now at (313) 872-3401 and help us find the person responsible. This animal deserves justice."

The Michigan Humane Society initially offered a $2,500 reward for information leading to the arrest and conviction of the person or persons responsible. ABC News reports that reward grew to $40,000 thanks to donations that came pouring in after Baron's story went viral.

The humane society posted an update Wednesday to its Facebook page, which said Baron underwent reconstructive surgery and "came through with flying colors."

Baron's nasal passage is now covered and protected and his tail was shortened and sutured. The surgery lasted about 2 hours and 30 minutes.

ABC News said Dr. Bryden Stanley, head of surgery at Michigan State University's College of Veterinary Medicine, Dr. Maria Posiedlik and Dr. Robert Fisher, MHS' chief medical officer, performed the surgery. Stanley told ABC News a procedure like this can cost up to $3,500. His team did it for free.

Once he recovers, he will be ready for adoption. Kathy Bilitzki, director of marketing and communications at MHS, told ABC News the humane society has already received 30 applications from across the nation.

Anyone with information about the incident is asked to contact the Michigan Humane Society Cruelty Investigation Department at (313) 872-3401. 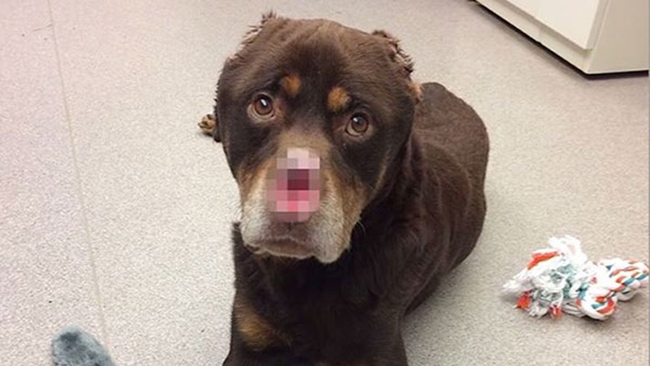