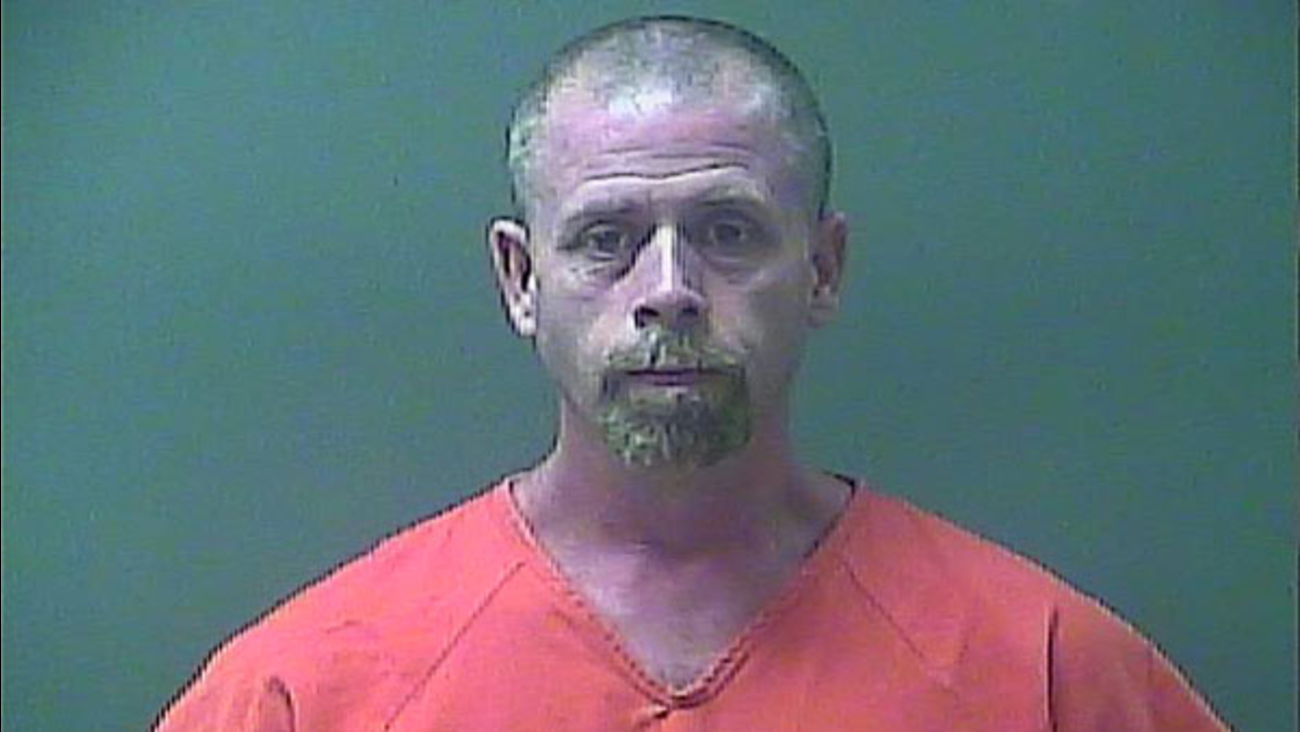 LA PORTE, Ind. (WLS) -- The La Porte County Sheriff's Office has arrested David Lane, 46, a suspect in the alleged domestic battery and burglary of his estranged wife, who said he threatened her with a firearm.

The sheriff's office said they were called to a gas station to help an injured 34-year-old woman. The victim said Lane, her estranged husband, forced his way into her home and beat her. The victim also told police that Lane threatened her with a firearm, threatened to harm himself and threatened to commit "suicide by cop."

Police said the victim fled her home with her 5-year-old child and called police. She was taken to La Porte Hospital for treatment.

Police said Lane's vehicle was found Tuesday around 3 p.m. in the 4500-block of School Road. Police searched for two and a half hours but were unable to locate Lane. He was arrested Wednesday afternoon. Police said Lane was sought on felony charges for battery causing serious bodily injury and burglary while armed with a deadly weapon.
Related topics:
la portesearchmanhunt
Copyright © 2021 WLS-TV. All Rights Reserved.
More Videos
From CNN Newsource affiliates
TOP STORIES