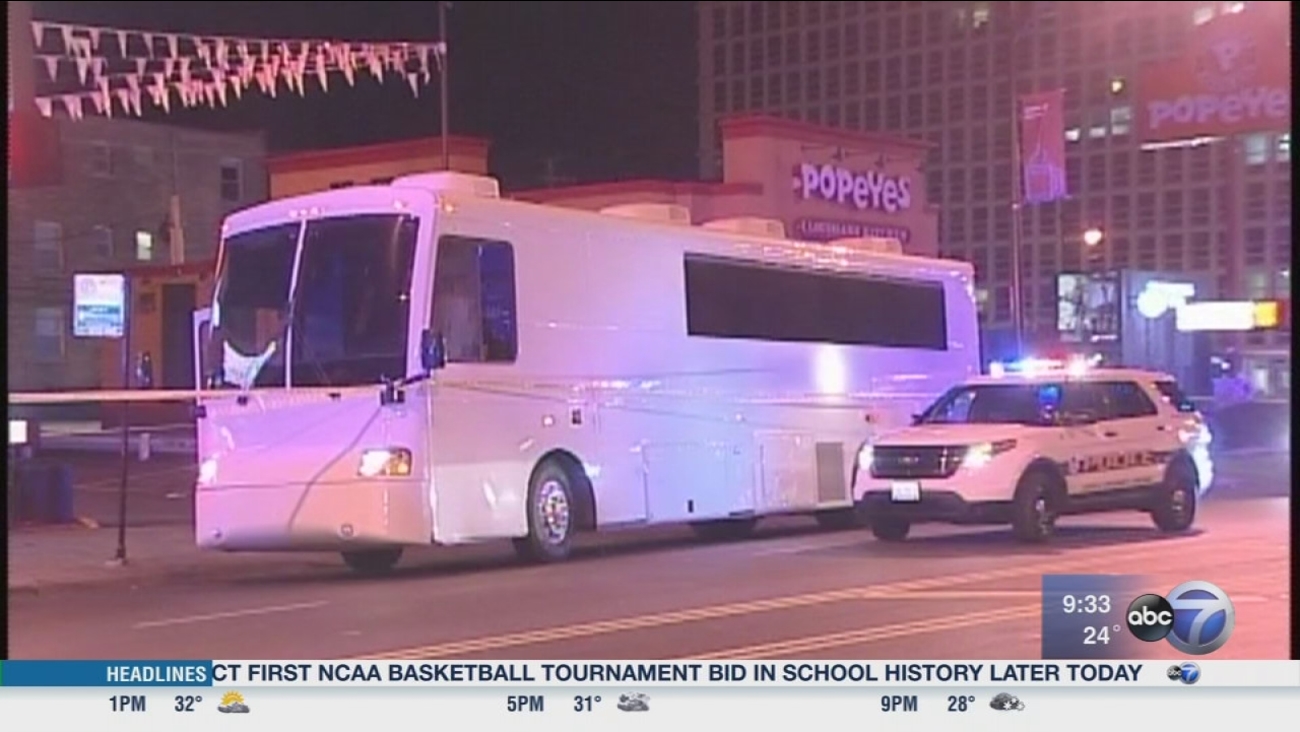 One man was killed and two others wounded in a shooting involving a party bus in the Edgewater neighborhood Sunday morning. (WLS)

CHICAGO -- Two men were killed and another was wounded in an Edgewater neighborhood shooting early Sunday on the North Side, police said.

Two men, ages 28 and 32, were standing outside at 12:34 a.m. on the sidewalk in the 6300 block of North Broadway when someone in a dark-colored SUV opened fire, according to Chicago Police.

The younger man was shot in the head and taken to Saint Francis Hospital in Evanston. Quentin Payton, of the West Rogers Park neighborhood, was pronounced dead at 1:33 a.m., according to police and the Cook County medical examiner's office.

The older man suffered a gunshot wound to the left leg and was also taken to Saint Francis, where his condition was stabilized, police said.

More than 30 minutes later, a 22-year-old man showed up at Community First Medical Center suffering from a gunshot wound to the left side of his torso, police said. He had been sitting in the back seat of a vehicle when he was shot and investigators eventually determined he is a third victim from the Edgewater incident.

The man was later transferred in critical condition to Illinois Masonic Medical Center, police said. Chaz Johnson, of Evanston, was pronounced dead at 8:43 a.m., according to police and the medical examiner's office.