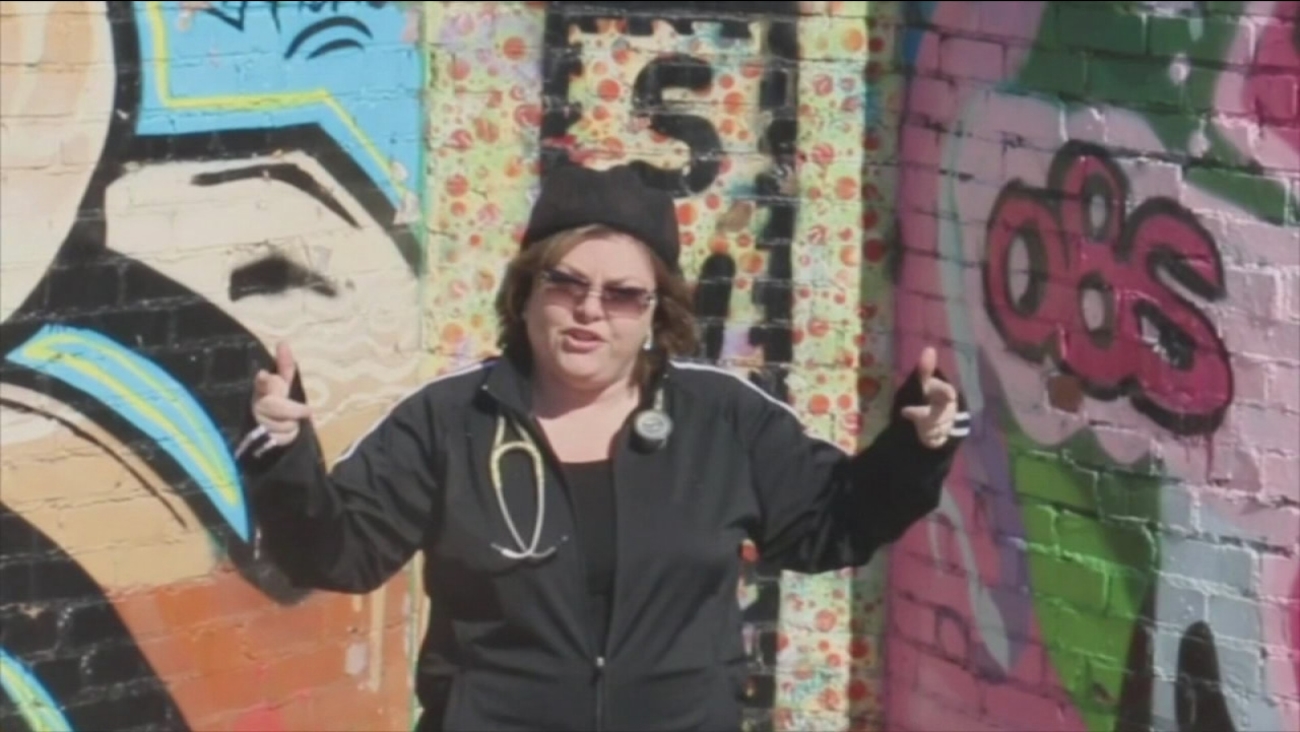 The number of seniors getting STDs has skyrocketed and one doctor is hoping to teach them to have same sex with her new rap video. (WLS)

ASHEVILLE, NC -- Talking about sexually transmitted diseases can be a tough topic, one that most often involves education for young people. But a North Carolina doctor's focus has taken a turn toward a much older population that still runs the risk of STDs.

Dr. Shannon Dowler takes on the persona of RapDktaD in a hip-hop approach to sex education for kids. But now, it is a decidedly different generation she's trying to reach. Her new message is "STD's Never Get Old."

With "Yo, RapDktaD in the house, let's kick it," Dowler begins her latest educational rap music video.

"Safe sex baby, safe sex baby, oh, wait, stop. Collaborate and listen, RapDktaD's intention, calling out all you fellas and ladies, STD's are tearing through folks in their 80s," she raps.

Statistics show the rate of sexually transmitted disease among senior citizens has almost doubled over the past 10 years.

"It's tough, to tell a 72-year-old that they're having their first herpes outbreak," Dowler said.

She says she loves to rap and rhyme, because she's otherwise musically challenged, reports WLOS. In this case, she wants to get the attention of geriatric patients, who really need to get educated.

"If they've lost their partner, they're suddenly developing a new relationship, and there's a whole slew of STD's they've never heard about," Dowler said.

These lovers may be older, but the message is the same: If you are going to have sex, use protection. Also, be especially careful if you live in a senior retirement community.

"It's almost like a college dorm, you have a lot of people of the same age, with the same degree of sexuality, and they are clustered together in an environment where there's a lot of privacy," MAHEC Family Medicine's Dr. Tim Plaut said.
There's also the issue of help with erectile dysfunction.

People need to know STD testing and treatment is covered by Medicare.

"I tried to be really intentional to make sure that I was celebrating the aging sexuality, and that it wasn't being critical in any way, there's just a lot to learn," Dowler said.