2 killed, 3 injured after SUV slams into building on West Side 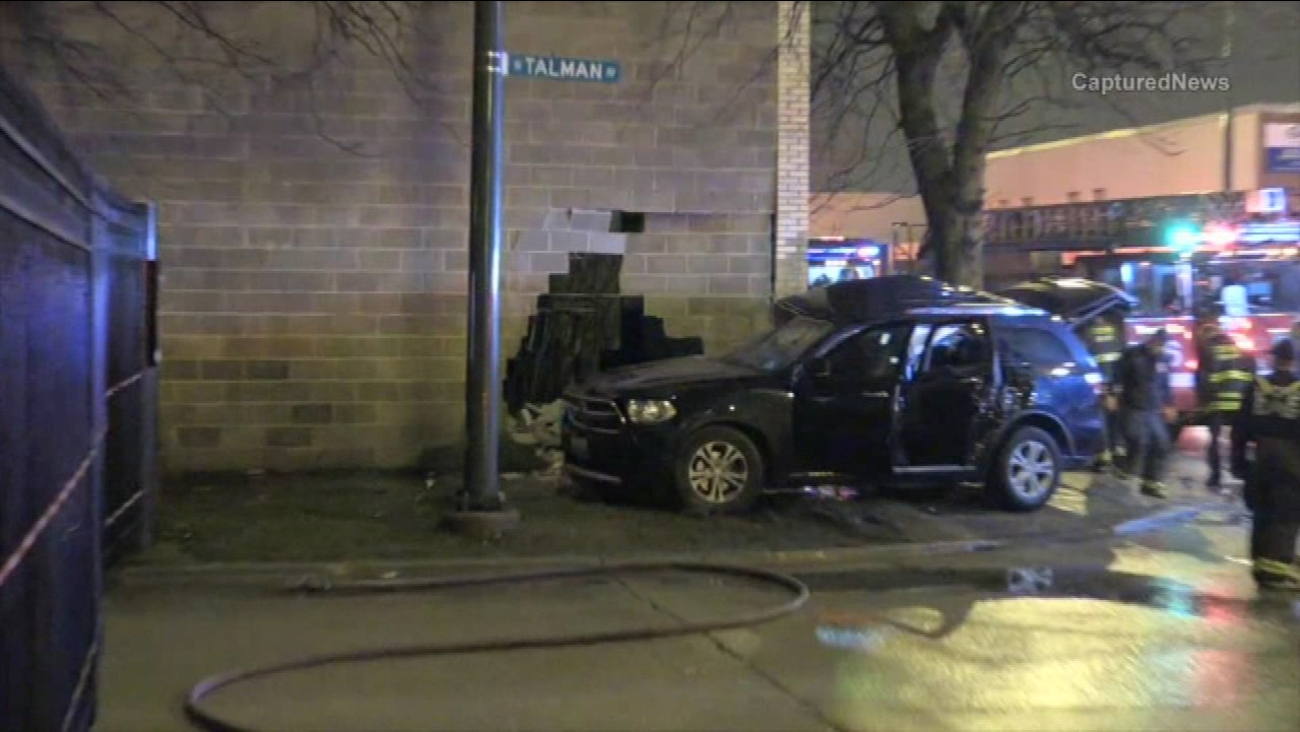 Chicago police investigate a deadly crash after an SUV struck a building on the West Side. (Captured News)

CHICAGO (WLS) -- Two people are dead and three others injured after a speeding SUV slammed into a building on the West Side, Chicago police said.

A Dodge Durango was travelling west in the 2600-block of West Fulton Street when it struck a building at about 4:50 a.m., police said.

Two women inside the SUV were transported to hospitals where they were pronounced dead, police said. Fire officials said two men and a woman were injured and transported Stroger Hospital in serious-to-critical condition.