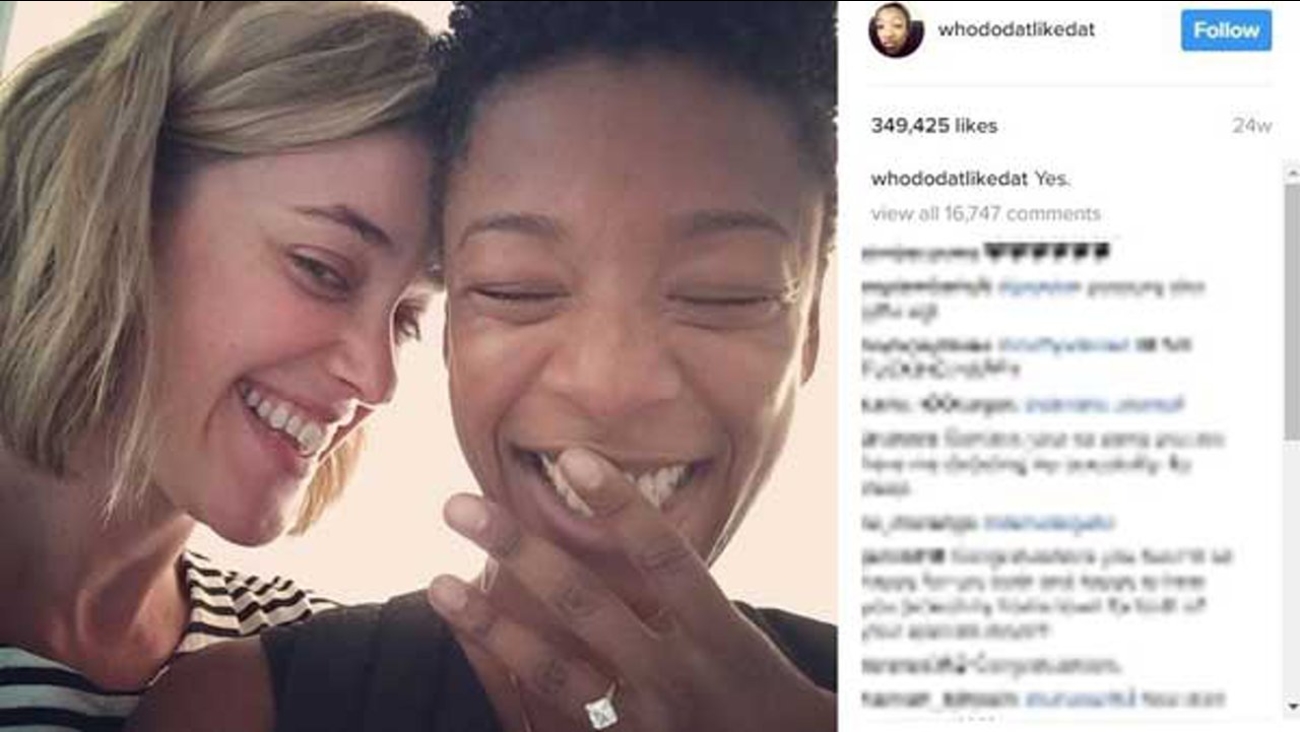 Actress Samira Wiley and writer Lauren Morelli met on the set of "Orange Is The New Black" and got engaged in October of 2016. (Samira Wiley/Instagram | CNN)

PALM SPRINGS, Calif. -- They met on the set of "Orange is the New Black," the popular Netflix dramedy set in a women's prison.

At the time, one of them was married to a man.

The couple wed Saturday in Palm Springs, in a confetti-themed celebration complete with colorful garlands and place settings and Funfetti cake, according to Martha Stewart Weddings.

Dressed in custom Christian Siriano ensembles -- an off-the-shoulder dress for Wiley and a bold cape-pantsuit combo for Morelli -- the couple made their grand entrance to Justin Bieber's "Baby." Wiley's parents officiated the outdoor ceremony.

Martha Stewart Weddings broke the news and posted a photo of the happy couple on Instagram. Morelli shared the picture with the caption "Wifey for Lifey" and Wiley shared the photo with the hashtag #aboutlastnight.

Morelli was newly married in 2012 when she started working on the first season of "Orange is the New Black," she wrote in 2014. While working on the show, which features lesbian characters' relationships, she said she realized she was gay.

She admitted to borrowing from her own life when she wrote a scene in which the show's main character tries to reconcile with her husband after a lesbian sexual encounter behind bars with an old flame.

"Five months after my wedding, I flew to New York to start production on my first episode of Orange, and from that moment on my life fell into a parallel rhythm with Piper's story in a way that went from interesting to terrifying in a matter of months," she wrote.

She eventually came out to friends and coworkers and ended her first marriage. Somewhere along the way, she fell in love with Wiley, who plays inmate Poussey Washington on the show.

The two became engaged in October.