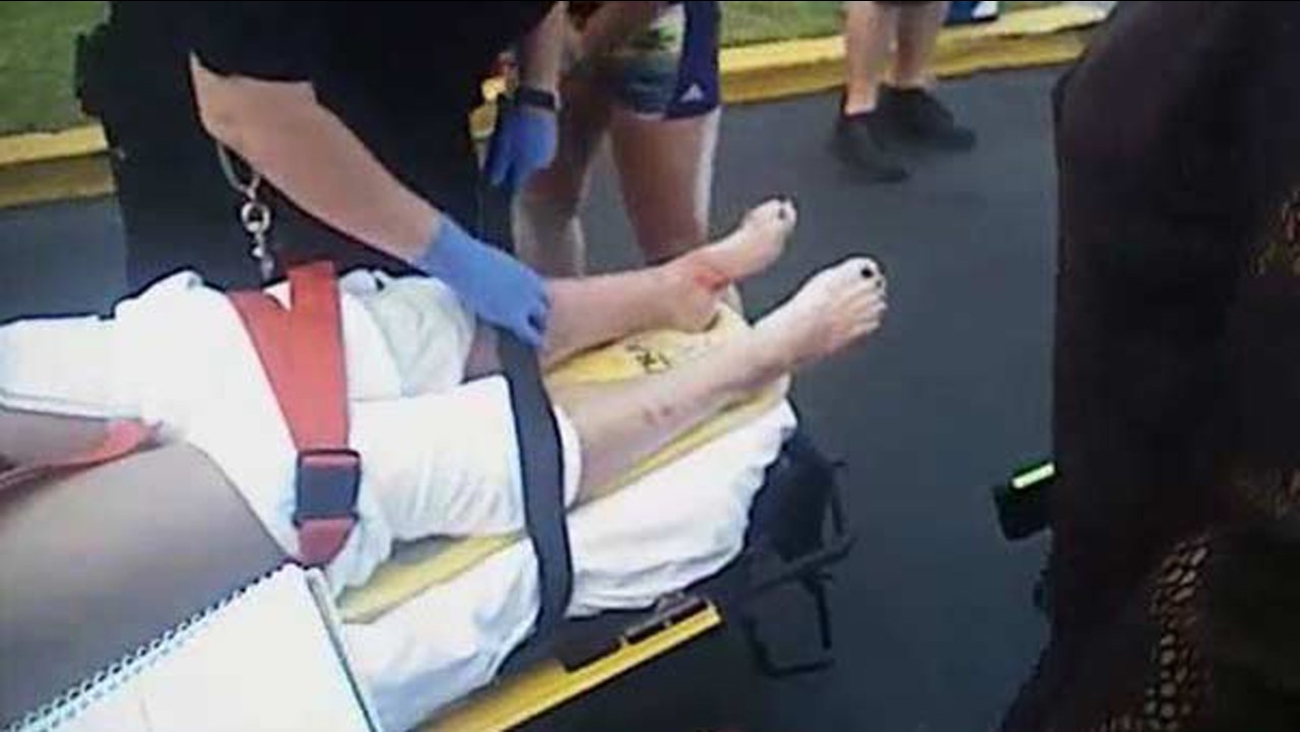 DESTIN, Fla. -- Authorities say a teenager from Kentucky was bitten by shark in the waters off Florida's Panhandle.

The Okaloosa County Sheriff's Office said Caitlyn Taylor suffered a bite wound to her leg Sunday while swimming the in the Gulf of Mexico behind a condominium at 1040 East Highway 98 in Destin. The girl from Louisville, Kentucky, was visiting Destin with her high school softball team.

According to the sheriff's office, Taylor said she initially thought it was a dolphin in the water. It was in a wave headed towards her. She says it took her by the legs, tugged on her, and immediately turned her loose.

Witnesses told police a 5-foot shark bit the girl while she was in waist deep water around 3:39 p.m. Sunday.

A tourist told the newspaper he saw blood running from the teen's thigh as two friends helped her out of the water. Authorities said it wasn't clear what kind of shark bit her.

The Florida Museum of Natural History, which documents shark attacks worldwide, says it's the fourth documented attack off Okaloosa County beaches since 1882. None were fatal.