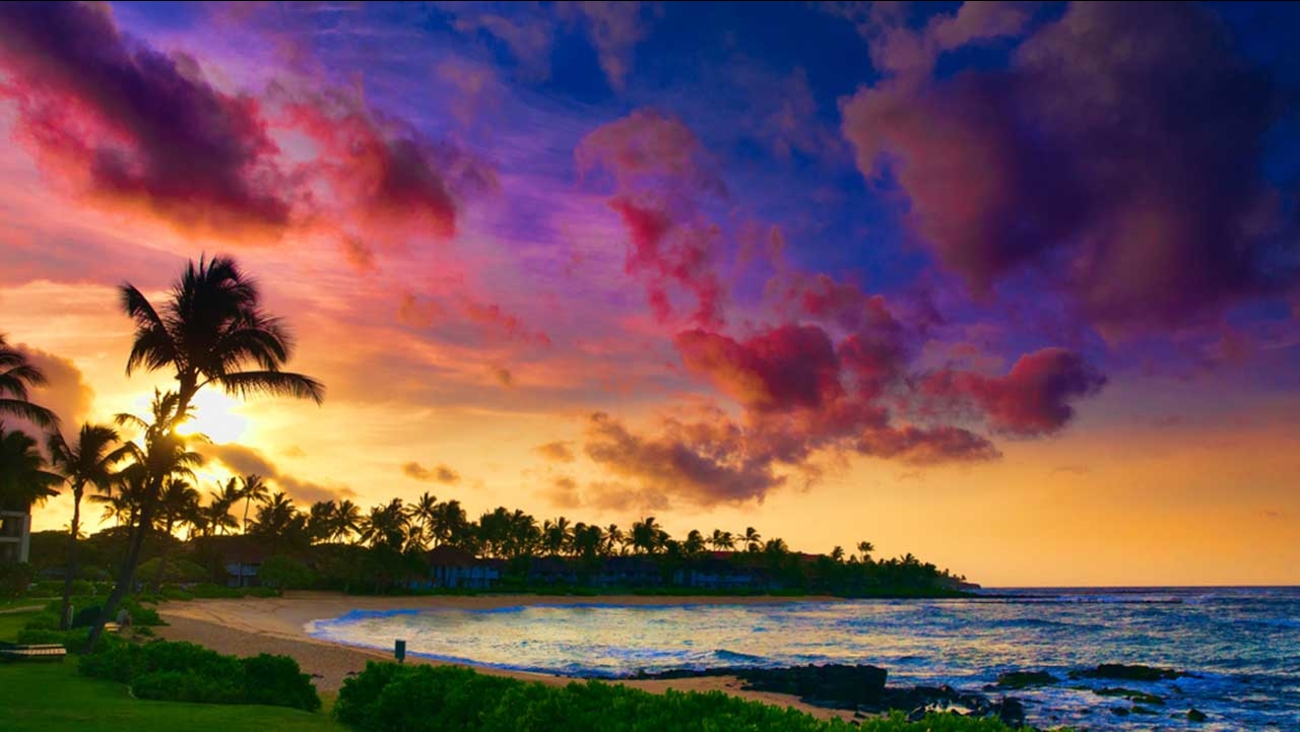 MAUI, Hawaii -- The Hawaii State Department of Health has confirmed six cases of rat lungworm disease on the island of Maui and three cases on the Big Island over the past three months, an official said Monday. No deaths have been reported.

Rat lungworm disease, a parasite officially known as Angiostrongylus cantonensis, affects the brain and the spinal cord, according to the Centers for Disease Control and Prevention.

Typically, the state gets reports of one to nine cases of rat lungworm each year, with two related deaths since 2007, Okubo said.

"The investigation is fluid and the cluster of cases, though not all confirmed, are very concerning," Okubo wrote in an email.

The state cannot confirm how each person became infected, "but we do know that people can acquire the parasite by consuming raw or undercooked snails and slugs," she said.

Heather Stockdale Walden, an assistant professor in the department of infectious diseases and pathology at the University of Florida, said rat lungworm disease has "been endemic in Hawaii for at least 50 years, so it's been there for a while."

Most cases result from consuming, either accidentally or on purpose, raw or undercooked snails and slugs that are infected with the parasite. For example, poorly washed lettuce or other raw produce may contain an unnoticed snail or slug.

Transmission can also occur when people eat infected crabs, shrimp and frogs, though this is believed to be less common, Walden said. There may also be very rare cases of contamination through water.

"Angiostrongylus cantonensis can present differently in adults and children. So usually, in adults, one of the main things that you hear complaint of is a headache," Walden said. She added that adults commonly report neck stiffness, nausea and vomiting.

"In children, it's more the nausea and vomiting, not so much the headache," she said. Children will also run fevers and feel abdominal pain more than adults.

The illness usually lasts between two weeks and two months, and on average, the incubation period is one to three weeks. However, an infection can incubate in only a single day or in six weeks.

People do not become contagious, so they cannot transmit the infection to someone else.

Although the CDC is monitoring the situation in Hawaii, it cannot comment on the investigation, said Amy Rowland, a spokeswoman for the agency's Center for Global Health.

The parasite can fully mature in rats. Garden-variety slugs and snails, which eat rat feces, can serve as intermediate hosts, allowing the parasite to grow to a stage where it is capable of causing infection, though never to full adulthood (and so never capable of reproduction).

"What happens is that the parasite gets into humans -- humans are not the host that it can complete its life cycle in, as opposed to being in a rat -- so when it gets in a human, it can get lost, and it will go to the brain, and it'll stay there," Walden said.

"When it gets to the brain, you can have eosinophilic meningitis," she said. This form of meningitis, a swelling of the thin membrane covering the spinal cord and brain, specifically caused by the parasite. Doctors tend to treat it with a combination of therapies, including anthelmintics -- antiparasitic drugs -- cortical steroids and supportive care.

Since the parasites cannot mature or reproduce in humans, they will die eventually, but in the meantime, they may cause physical problems.

The ingested parasite "can also move to the eye, and you can get ocular Angiostrongylus," Walden said. "If the parasite goes to the eye, sometimes you can surgically remove it."

In the best of cases, patients develop mild illness and get better on their own.

"The detection rate is pretty low," Walden said. Doctors generally look for clues and base their diagnoses on possible exposure to the parasite, through food or water, while living in or visiting an endemic region. Over 2,800 cases have been reported in about 30 countries, most of them in parts of Asia and the Pacific Islands, with fewer cases appearing in the Caribbean and Africa.

In the Hawaiian islands, about 80% of land snails are carriers of the parasite, according to a 2014 research paper.

Although most cases are not severe, said Walden, a rare case can lead to coma or even death.

Graham McCumber's was a severe case. According to an essay by his mother, Kay Howe, McCumber worked as a carpenter and stonemason and was an avid surfer and skateboarder. He was in his 20s, "strong, athletic and had his whole life ahead of him," Howe wrote in a post on the website for the environmental nonprofit Malama O Puna.

It is unclear how he became infected, though symptoms began when he was visiting the Big Island of Hawaii.

After rat lungworm parasites attacked his nervous system and brain in 2008, severe inflammation led to a coma. He recovered, but the damage to McCumber's nervous system was so great that after three months in a coma, he had to relearn how to use his entire body.

"Every major organ in his body was affected, which has caused a host of other problems," Howe wrote. His left eye turned inward, causing double vision, and even his vocal cords were touched by the illness. Today, he has permanent neurological effects.

Howe has said the medical community is not sufficiently aware of rat lungworm disease and doesn't know how to diagnose or treat it. In testimony before Hawaii state legislators in 2016, she said that doctors originally diagnosed McCumber with the flu and did not offer proper treatment soon enough to prevent a coma.

Prevention begins with cleanliness and proper cooking. "So making sure that the foods you eat are cooked properly, your vegetables are washed -- that would help you prevent infection," Walden said.

Walden's colleagues in Hawaii say cases of rat lungworm disease have been on the rise for two decades or so.

"It's important to appropriately store, inspect, and wash produce, especially leafy greens," Okubo said. Young children should be watched while playing outdoors so they don't accidentally put a snail or slug in their mouths.

The Hawaii State Department of Health (PDF) also recommends that people do not handle snails and slugs with their bare hands. Boil snails, freshwater prawns, crabs and frogs for at least three to five minutes before eating. Catchment tanks for rainwater should be covered to prevent slugs and snails from gaining access.

Anyone worried that they might be infected should consult a health care provider.