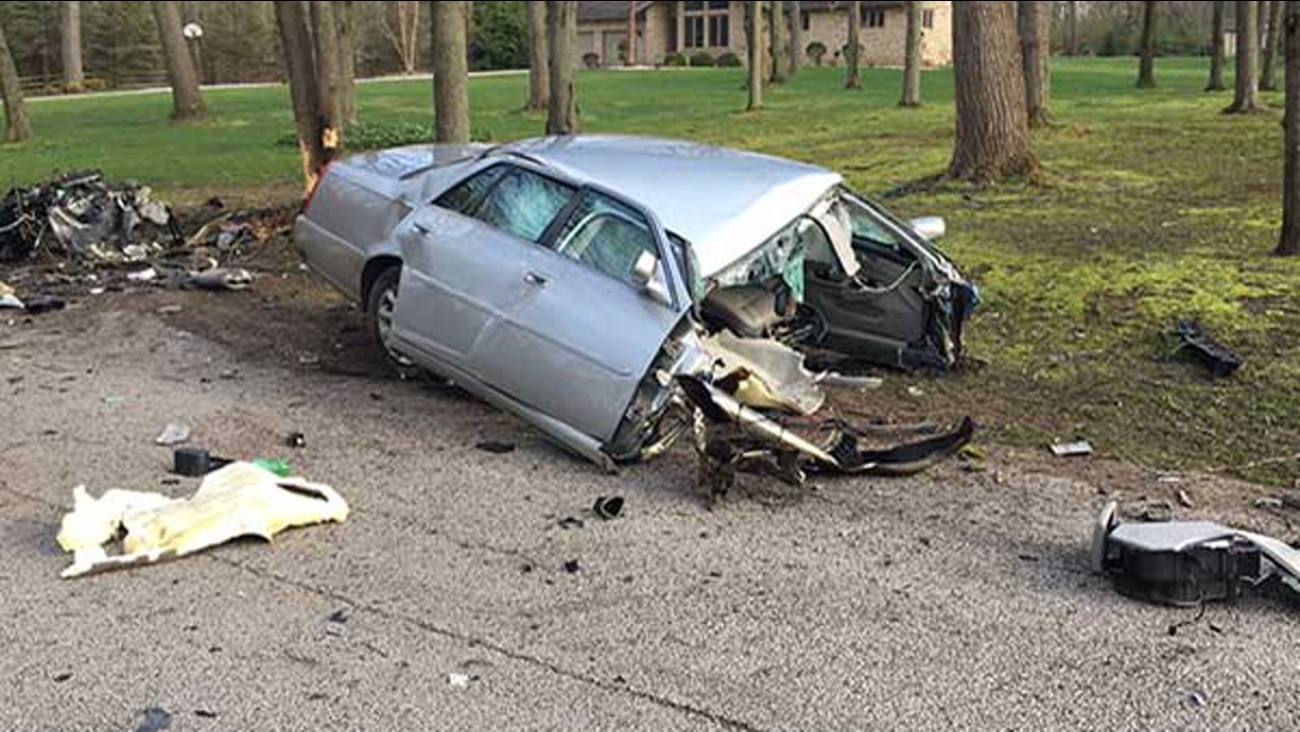 LA PORTE, Ind. (WLS) -- The La Porte County Sheriff's Office said the driver of a car was killed Thursday afternoon when it struck a tree.

Police said around 5 p.m. a 2008 silver Cadillac was traveling west on Country Road 450 North when, for reasons unknown, it began to fishtail and struck a tree. Police said the car left skidmarks for more than 250 feet before impact.

Corey Lombard, 48, of La Porte, the driver of the car, was killed. Police described the car as "utterly destroyed" in the crash and said pieces of it were found more than 250 feet away from the point of impact.